MY WEDDING DAY POEM - ON OUR 25th SILVER ANNIVERSARY I've got a circle of gold on my finger

It speaks of promises and trust

This ring reminds me that ours must

And if everything is burning down

And if everyone is falling apart

The vows we made and the prayers we prayed

Should give us strength deep in our hearts

So would you come and spend some time with me

Would you make that time forever

Would you lift me when I’m feeling down

And rebuke me when I’m not clever

Would you be my partner in this waltz

My companion in this mystery

Would you be my hope through TV news

My touch of grace in the misery

Would you let me come and dry your eyes

Marriage is more than a wedding day

It’s the hard work of tomorrow

So come away on our adventure

By the soul mate by my side

Tapping the potential of you and me

So His love won’t be denied.

25 years ago today I wrote those words.

Promises. Commitment. Romance. Companionship. Resilience. Hope. Vocation. All the words that make up a marriage.

"Love is not these lovely 25 years but the..." Words still to be lived.

COME, COME AWAY MY LOVE 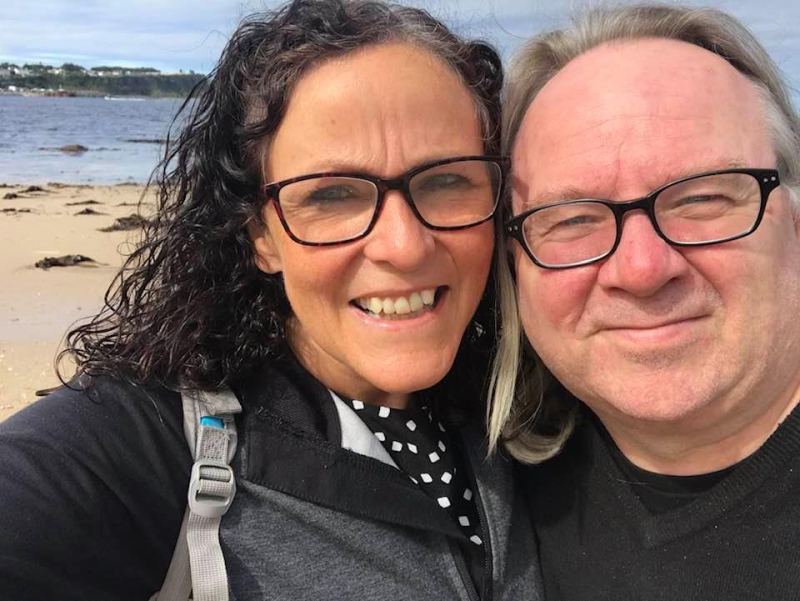 Come, come away my love

We'll find a cottage by the sea

We'll hide from loving everyone

To seek to love you and me

Slip off the beaten track

Find a place to rest our souls

And never look back.

And we'll gaze on the Mull of Kintyre

From the pillow of our mid morning bed

While the world is scanning TV stations

We'll walk the seas of Moyle instead

And stare in both daughters' mischievous eyes

And then lavish them with love

Watching them getting to know too much

And never getting to know enough

And we'll open other people's stories

Allow them to delve inside our souls

Reflect on the days of all that's gone

And re-focus on tomorrow's goals

Yes, we'll find a place for us to stop

To look, to listen and to learn

Instead of that pressurised burn.

Come, come away my love

And let our love have its way

For love is full of satisfied

When it lies full of empty days.

THE GOD OF THE MANGER, THE DONKEY AND THE CROSS 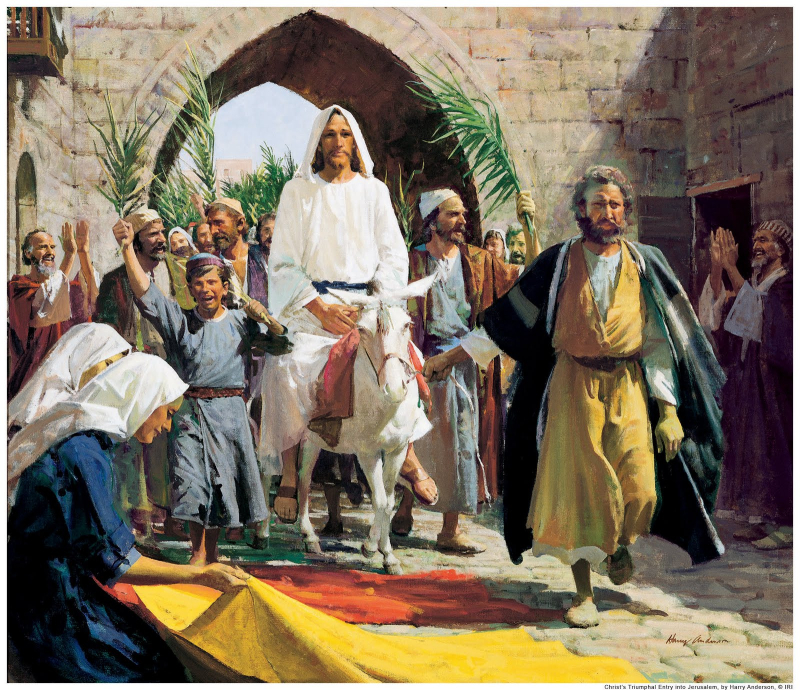 In a nowhere place

The first is last

God of a Kingdom

Rides into his city

Cursed on a tree

That sets us free

If life is to be gained

Then it has to be lost 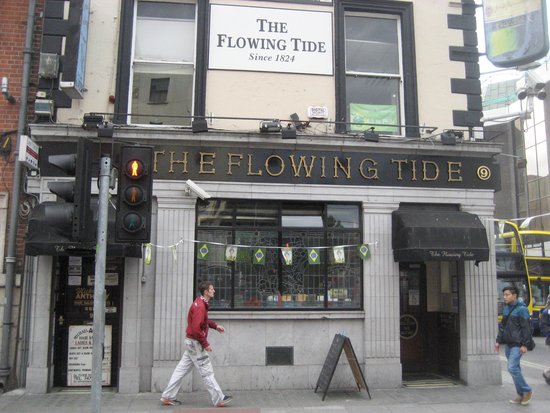 This story is now well known. Way back around 1993 I was leaving my office on Lower Abbey Street in Dublin. My office was at the back of the Ormond Quay & Scots Church and on a Tuesday they hired out the hall for keep fit. Paddy did the door.

As my mate Chris Fry and I were heading out for lunch Paddy says to us, “Away into the flowing tide lads…” We laughed and thought how poetic and almost missional Paddy’s phrase was. Good for Paddy we thought! I immediately thought poem and Chris thought song! Out onto O'Connell Street. The flowing tide of the city… brilliant!

Later in the week Chris and I found ourselves in a car, travelling somewhere, and we started talking about how The Flowing Tide poem and song were coming along. I think it was Brian Colvin who leaned over and said, “You know that that is the pub across the road from your office!” We all started laughing. Paddy wasn’t being as poetic as we all thought. He just thought we were off to the pub!

That The Flowing Tide is a pub, and indeed popular for the audiences of the famous Abbey Theatre across the road, is almost more perfect for how I used the phrase. I was pondering at the time the way that the Church was no longer in the places Jesus had called us to.

I was thinking that we cannot blame the dark for being dark. That is to be expected. We can blame the light for not shining though. Jesus did say we were the light of the world… and I remembered where he died... which is where we should be, should we not!

I see the dark

But where is the light

Shining in the day

Away from the night

I hear the sick

But where are the well

Too close to heaven

And too far from hell

We've got to climb out of these trenches

Where we sit in comfort and condemn

We are not called to be their judge

We were called to go and love them

I hear the cries

But where is the shoulder

As the cold is getting colder

I see the lonely

But where is the love

Too busy to care

With those who have enough

We must grab apathy by the throat

Shove respectable against the wall

Open our doors to a wounded world

AMERICA YOU ARE OUR MYSTERY (for the Boulder Shootings) (American friends... I am tragically posting this again... forgive me if this is insensitive... or I have got it wrong... BUT we are exasperated, frustrated, confused... and in mourning with those who lost loved ones...)

This time its in Boulder Colorado

Where next, the random madman

Russian roulette of no one knows

Who will be the next child wasted

Today’s not the day for politics

And the days turns into years

Upon blood and tears.

America you are our mystery

We’re all confused by your altar of guns

And how a right in anybody’s constitution

Can cut down all these innocent ones.

We pray for your mourning nation

Oblivious to the patently obvious

So lost and in need of salvation

As if all the rest of us are owing

But there you are a broken heart

In the cancer growing.

In your increasing division

“Let what you love

Blur what you believe

You’ll be better for it

Just be prepared to grieve”

America you are our mystery

We’re all confused by your altar of guns

And how a right in anybody’s constitution

Can cut down all these innocent ones.

FOR SARAH EVERARD'S FAMILY AND FRIENDS 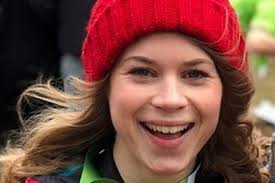 “And I know you bore our sorrows

Even if it could be explained"

Intrigue in the novel and film

Their crashing in on our lives

Smashes our hearts to pieces

The shards blowing out across communities

Today you grieve in the mystery

The mystery of badness

The mystery of randomness

The mystery of why Sarah

The mystery of never being explained

Yet having to learn to live in it.

I believe in another mystery

The mystery of goodness

The mystery of love

The mystery of comfort

So, I pray for you

That in the mystery of why

In the mystery of what

You will know the mystery of how

Reach into the depths of your broken heart

And mysteriously give you resilience

As you walk into the grief

Of the days and years to come.

A WOODEN CROSS, SO CHERISHLY HONED (...AND I BELIEVE) My dear brother Jim Deeds gifted me this beautiful rosewood holding cross. I had caught Jim doing a Facebook Live from his carving shed where he carefully works wood into beautiful things. I had commented on the wonder of this one and Jim being Jim later arrived at more door with it as a gift.

I am not sure Jim realised how spiritually significant it was. I have not been on full power these last few weeks and this little cross was more than a tonic for the troops.

It reminded me of this poem and I have re-written aline or two to include Jim's cross. Every cross I see brings a refreshment to my soul. It is powerfully mysterious how it impacts me deep within.

So I wrote this back in the early 90s. There are nods to the CS Lewis film Shadowlands, Bruce Cockburn’s Southlands Of The Heart and Lies Damned Lies The Next Life. My friends Stuart McCrea, Nigel Reid and James Small turns dit into a song with their band Horsey Morgan.

When you feel you are always one step behind

When the slowest car on the road, it seems

Is at the end of the passing lane

By a piece of string

Puts perspective on everything

When life doesn’t have to, but it still does

And you forget the beauty of her face

When the golden valley is shrouded in mist

And imagination is all laid to waste

Of bread and wine

Says a better day is mine

When the prickly thorns of the truth

Are sharper than the smell of the rose

Weeds strangle all the flowers of hope

When God only knows

Tells my soul I am not alone 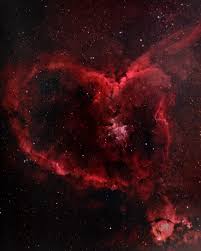 Attend to the wonder

The size of it

Of the Creator and Sustainer

The words of wonder

Love is a force

Love is ever sending 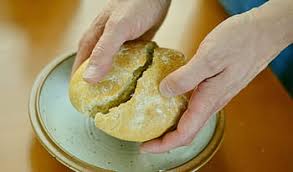 But maybe I surmised

And hammered in to others

Beware of the stories we tell

To feed to others.

Damian Gorman is performing his poetry and words at the 4 Corners Festival 2021 at Breathe Out 7.30 on Sunday February 7th, 2021. Register at https://4cornersfestival.com 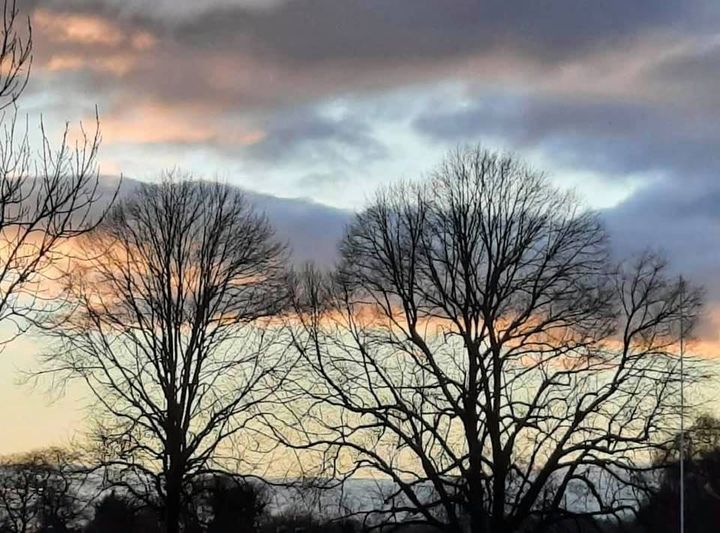 That drops into Murlough Bay

With  the serenity of their gentle sway

And I'm fascinated by the mystery

Did God peer down then bending

Pencil sketch them in the cloak of darkness

Or the distraction of the sun descending

So brilliantly and beautifully bent

And I’m sure there ain’t no short cut

But a long slow consistent dent

And what of my life landscape

Do I stand there the shape of intrigue

Evidence of what can’t be seen

I wrote this one afternoon at one of our favourite north coast haunts; Murlough Bay.

Being winter the trees stood out. Without their leaves, they looked like little sketches. I imagined their shaping by the wind off the sea, years in the sculpting. I think that an album by County Antrim singer Bob Speers called Northland was inspiring me. I think I also might have lost the run of myself and considered being influenced by Seamus Heaney!

I had the privilege of joining it up with a lovely song by Sam Hill called Listen To the Breeze and it went on our album under the moniker Stevenson and Samuel called Grace Notes.

The preacher in me then started surmising my own life and how the powerful wind of Holy Spirit was shaping me by the long consistent blowing across my life - "evidence of what can't be seen".

At this time of year, every time we are out walking with Jed, I seek out that evidence.