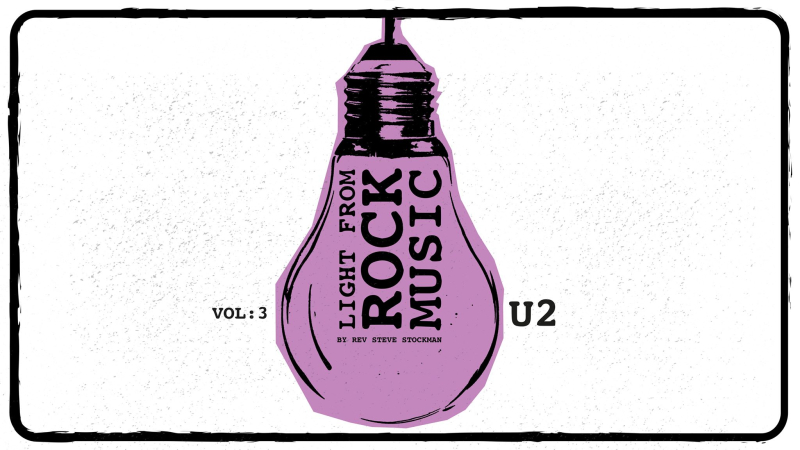 This Sunday night sees the airing of the third in our new series  Light From Rock Music on Fitzroy TV. After episodes looking for Light in the songs of Van Morrison and Bob Dylan we are turning our attentions to U2.

Now, I wrote a book about U2. That was 60,000 words published in 2005. There has been 15 more years of light coming out of their albums, gigs and campaigning since then! Indeed, some of the songs that you are going to hear in this episode are from more recent times.

So, my challenge is to be concise. To do so I am going to go down three roads.

I am going to look at the early days. U2’s 2014 album Songs Of Innocence gives us a lot to investigate if we wish to find out how the band came together and what the foundations of their raison d’être are. I will suggest that U2 is a spiritual vocation as well as being a rock band.

Then I will look at growing up in the faith. Jesus told Nicodemus that he had to be born again but he didn’t mean that rebirth was the end of the journey. It was but the beginning. Growing up again has not been so much emphasised in large swathes of evangelical Christianity particularly. U2 grew up in public and catalogued it in their art. There is a whole lot of light there.

Finally, we will look at the pastoral side of U2 and in that pastoral side how they can be helpful to a world struggling mentally, emotionally and spiritually as it lives through a viral pandemic. U2 were there to encourage Northern Ireland towards the Good Friday Agreement, there to help American after 9/11 and then again after the Bataclan concert massacre in Paris. We will find light there too.

Music in this episode is from the Fitzroy Collective. Expect inventive covers, powerfully performed. 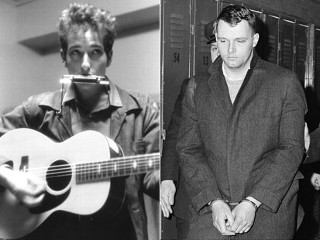 Gutted. To do a Bob Dylan evening and get something factually wrong loses the VLOG a lot of credibility. The man who murdered Hattie Carroll was not Zinger but Zantzinger. I knew that. I have heard the songs enough times.

The lesson of course was to catch on quickly enough to re-record the VLOG. It is a hard way to learn that lesson. You can be sure that when we return to the Light In Rock Music series in the autumn with hopefully editions on Leonard Cohen, Bruce Springsteen, Paul Simon, Joni Mitchell, Coldplay and Mumford & Sons we will be recording a week in advance of going out on Fitzroy TV!

This is another of those differences between the new virtual church and how it is different from the physical one.

I was concerned about the new format. Our popular Fitzroy series The Gospel According To… worked off a live buzz. It was a cross between a concert and a seminar. It had spontaneous moments and it was not watched after the event. You had to be there.

When I started planning the Light In Rock Music series I was immediately aware that what I said would be heard differently. There would be a wider audience. There would be more hard core Van Morrison, Bob Dylan and U2 fans watching. What I said would be under more scrutiny. I didn’t need to get the name of the man who murdered Hattie Carroll wrong! A mistake like that would not be lost in the live ether.

For the Van Morrison edition, I scripted it. After I recorded though I was unhappy. As I have said about the Sunday services there is a need for a relationship with the screen and I hated looking at notes. That means downloading the script into my head and I have found that the way I have scheduled this series so close to Sunday sermons that this week that  has been all a little too much.

Lesson learned. I hope that apart from the hardcore Dylanophiles, that I can hear tutting, that this edition will be helpful for those who want some insight into how Bob Dylan has used Scripture right across his catalogue.

I think I draw out a lot of helpful light in Dylan's work particularly a song released in 1964 about race and civil rights that is tragically still prophetic in 2020, maybe more so. The Church needs to see that light and apply it quickly.

Very best of all, are the performances of Chris Taylor. They are wonderful and the VLOG is worth watching just for them alone.

The Light In Rock Music series is available on HERE 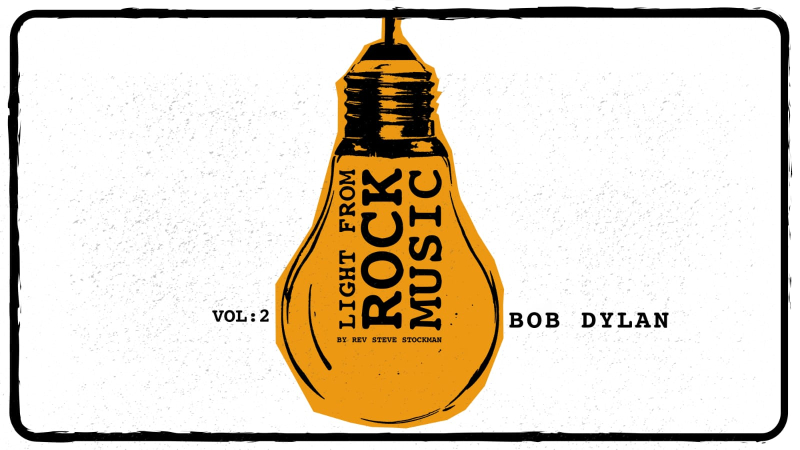 Bob Dylan. The folk singer, come rock pioneer who was awarded the Nobel Prize For Literature and is currently Number 1 in the album charts at the age of 79. Bob Dylan who between 1979 and 1981 recorded three albums known as his Gospel Trilogy.

I am very excited to be speaking about Bob Dylan in our new Fitzroy TV series Light from Rock Music. During the vows we take during ordination services in the Presbyterian church we are told not to refuse light from any quarter. In this series we are doing what I have been doing for 40 years and actively seeking light in the work of recognised rock musicians.

The first in the series was Van Morrison in which I was delighted to have Belfast songwriter Brian Houston as my guest singer. Brian recorded imaginative versions of Into The Mystic, Full Force Gale and When Will I Ever Learn To Live In God adding beats and sounds and even a snippet of John O'Donohue reading one of his benedictions. I was so pleased at the response, even from one person who said they knew nothing about rock music but found the VOLG insightful and meditative Watch Light From Van Morrison: Dreaming in God HERE

In our Bob Dylan episode I am thrilled to have as my guest singer Chris Taylor. Chris is from San Antonio, Texas and came to fame in the Contemporary Christian Music world as lead singer of Love Coma before a catalogue of solo records that reveal the artist within, in his eclectic and creative range.

If Brian Houston was an obvious choice to sing Van Morrison, being from the same East Belfast streets, then I chose Chris because of his stunning album of Bob Dylan covers called Down a Dead End Street. That record was in my Top 10 albums of 2017 and in my review (read that HERE) I wrote of how Chris's "voice has a strong rough hue that makes traction in Dylan’s quirks. That gives him the sensitivity to eek out the yearning and deep soul searching going on." Wait until you here his covers on Sunday night!

In my commentary on Dylan I will be looking at those "Gospel years" when there is plenty of light in creed and spiritual formation. I will also, however, be looking at his short folk Civil Rights years and wondering if he was more biblically prophetic then than in his very clear Christian records. I will also be looking at the 40 years since his Christian phase and asking if there is still light to be found, right up until his brand new number 1 record Rough and Rowdy Ways.

Light From Rock Music Vol 2: Bob Dylan - Pressing On will be available on FITZROY TV from 7pm on Sunday July 5th