IN ALL IT'S FULNESS 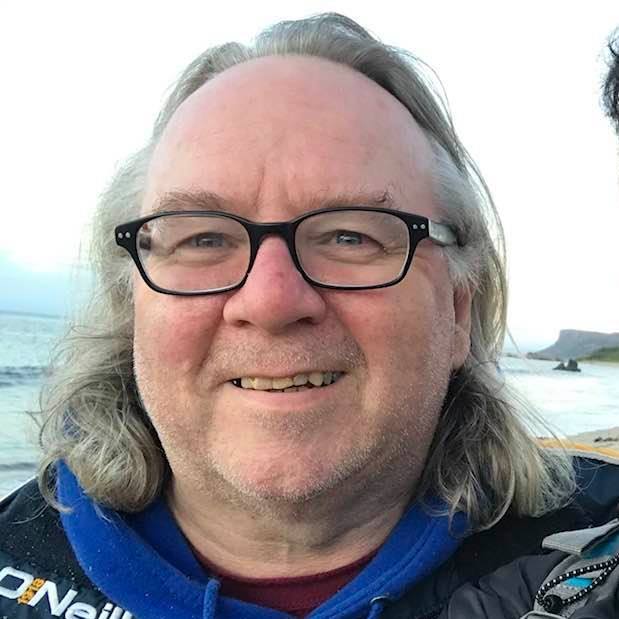 Two words. The most important words. My life shifted on those two words.

As a 17 year old I concluded after 10 years of atheist activism that God existed and Jesus was who he said he was. I’ll be honest. I was a little surprised. It was quite a turn around. Yet, it was like a door opening, full of possibility.

I came to Jesus via The Beatles. From 15 to 17 I was up to my soul with The Beatles. In my adolescent exploration of what life was all about The Beatles were asking questions about life and love and how to change the world.

They set my life up… but they didn’t really follow through. As Christian singer, Larry Norman, who played his own part in my life’s turn around sang, “The Beatles said All You Need Is Love/and then they broke up.”

Jesus. His life. His teaching. The mystery of his continued presence. This seemed a little more robust than anyone or anything else.

Jesus words, for me, was an invitation into life. Later, much later, my favourite verse would echo my birthday, John 10:10, I have come that you might have life in all its fulness.” That is what I was looking for when I responded to Jesus’ “Follow me”.

There’s a Northern Ireland formula for getting right with God. Fear of hell. Deep sense of guilt. A repentance from world things. A heavy leaning on the blood of the cross of Jesus.

Oh they were all tangled in to the prayerful conversation that God and I had late at night on Saturday May 17th 1979 but it was not some humiliated sinner on his knees before a terrifying God. I was  a very excited teenager who grabbed God grace gifted opportunity to live life. My knees were bent with the exhilaration of readiness to jump into a whole new world. I was turned around and reborn.

Jesus, for me, was cooler than John Lennon. “Love your neighbour as yourself”, Blessed are the meek” and “The first shall be last and the last shall be first”. Even “Love your enemies”. I grew up in Northern Ireland. Wow! These were better refrains than “All You Need Is Love”, “You say you want a revolution” and “Give Peace A Chance”.

The parables and poetry and imaginative possibilities of the Gospel stories opened up a hope of transformation for me. Jesus could change my world. He could also change the big world and, as I saw it, the world needed changed. What he taught and how he lived. That was what I wanted to do.

This God who became human and drew in the marginalised with the deepest love, who took on the injustice of the world by sacrificing his life on a cross before being resurrected from the dead. I have never found a better road map for being human.

The thrill of it. The challenge of it.