QATAR WORLD CUP - WE WANT TO SEE IT BUT NOT LOOK 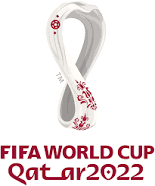 My daughter is at the University Of Reading and has got involved in the Women’s Soccer Club. The Lionesses have made football very popular. So, I was asking her if she was going to be watching the World Cup. She told me that the University Students Union had made a decision to not support the World Cup though she might see it in a couple of the bars.

So, just months after the national joy of the Lionesses an English University is not showing the England Group games. It was a fascinating indicator of the messiness of the Qatar World Cup. We might want to see it but no one wants to look.

Human rights. Workers rights. LGBT rights. Our western liberal values are suddenly face to face with very middle eastern ones. We are uneasy. We are outraged. Universities are taking a stand.

About ten years ago, FIFA lost the run of itself. Russia 2018. Look where that country is now. Qatar 2022. Surely all the issues before us were foreseen but ignored at the modern day’s golden calf - riches is the bottom line.

Many will rightfully call out the hypocrite in me. A Manchester City fan, glowing in a decade of success after 40 years of misery. That success has been aided big time with Middle East investment. Human rights in question again. I don’t lie. It sits uneasy.

Of course, we only have to look at our own hypocrisy as the tournament began. One minute pontificating against Qatar and the next celebrating joyously a Saudi Arabia’s goal and shock win against Argentina. The football has us distracted already from our morale compass!

Even England hosting the 1966 World Cup, all the way back then, should maybe have come into question. It was just coming out of a period of history where they stuck flags all across the globe and pillaged the resources and people of many many nations in gleeful colonialism. Rule Britannia!

We might look back at all of that as history but let us not forget that in this past year the UK has attempted to send refugees to Rwanda. It sits more than uneasy.

Maybe Jesus refrain about our judgements being like planks and specs in our own and others eyes needs prayed over.

Maybe we should consider that God didn’t boycott planet earth when its residents were miscreants. Jesus moved in among us.

Maybe Jesus first sermon about liberation should be considered not only just at the World Cup and not only in Qatar but all around us.