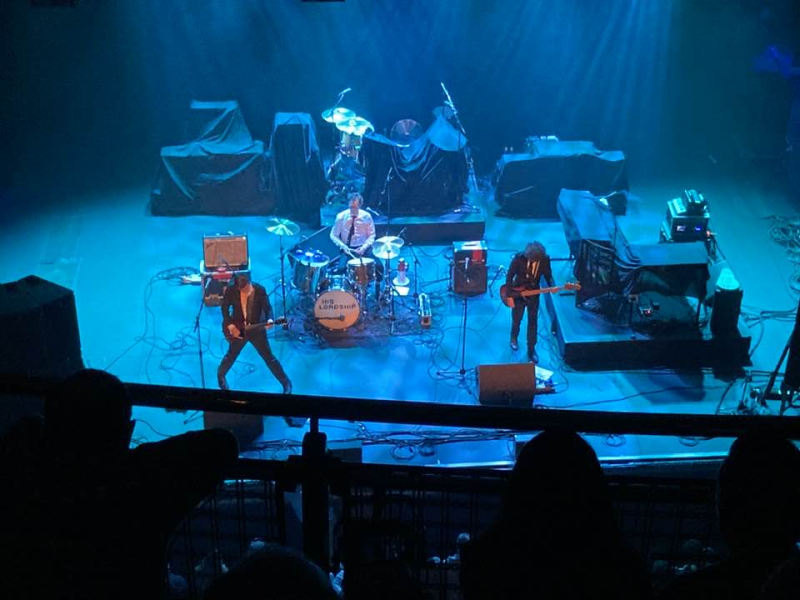 The best support band ever?! The Sawdoctors were such a great support to The Waterboys in the late 80s that I was always in the venue early.

Well, very few support bands over 40 years have gripped me like His Lordship. My mate Mark had tipped me off on Facebook and then searching the web I discover that James Walborne is the guitarist ands singer.

I have been following Walborne since he was 18. He was playing with Pete Bruntnell and a band twice his age. He continued to - Son Volt, Pernice Brothers and eventually The Pretenders.

Tonight as a forty something it seems he has decided to go back to live out his teens now and play the most cracked up new wave punk sound in 2 minute song onslaughts.

His Lordship crams in thousands of influences from 1977 to 81. You can hear The Jam, Elvis Costello, The Ramones, Wilko Johnson’s Dr Feelgood and even Devo.

What Walborne is doing with his right hand man on drums Kristoffer Sonne is what some of us do when we are nervously thrown in front of a crowd. Just go for it. Throw everything you have at it and don’t stand still for a second.

It is totally manic, absolutely gripping and not without a lot of humour. Through the noise was a tight band, short sharp melodies and Walborne playing that guitar like it is an extension of his arm. He can throw some shapes.

I couldn’t take my eyes off the stage and was looking forward to getting home and listening to I Live In the City and I Am Amsterdam which I did.