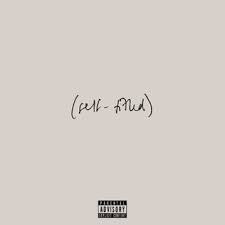 Mumford & Sons fans might debate whether the time is right for a Marcus Mumford solo record but the content of (self-titled) tells it own tale. This is not a communal piece of writing though collaborations arrive in its working out. This is the work of a man talking about himself, dealing with his own personal pain, and finding some solace in the trauma.

This is Marcus Mumford’s Blood On The Tracks. His Blue. No, these songs are not about romantic break up or divorce but they are the art of a human being wearing a damaged heart on his sleeve, baring his very bruised soul.

The opening Cannibal lays it out with the minimalist menace of the music and lyrics that forced the paternal warning etched on the front sleeve. It’s X-rated in lyric and content and feel. One human is preying upon another, using and abusing their preciousness and innocence.

The final track is my favourite in every way. It’s a crafted songwriter song with an early 70’s naked acoustic strum. it has Brandi Carlile singing harmonies. Beautiful. I have never known a reprise of a last song on the first song but How’s chorus had already been sneaked into Cannibal.

How reaches for the spiritual healing in the release that forgiveness brings. Forgiveness is a controversial word and concept. Do we add to a victim’s trauma by suggesting that they have to forgive or is forgiveness the victim’s key to redemption? Books have and are being written. Mumford believes it is a positive force though asks all the how questions.

In between these two song-ends Marcus Mumford deals with his experience and attempts to make sense of how it has impacted his mental, spiritual, emotional and relational life. He’s honest. You feel his pain and you can hear him reaching deep into his spiritual heritage for grace and hope and new beginnings.

You sense that he has had many companions who have walked with him, helped him face the brokenness and help him walk towards light. He dedicates the record to his wife. The need for others on such a journey is illustrated in the musical collaborations here.

I’ve mentioned the wonderful Brandi Carlile but there is also Clairo, Monica Martin and the genius that is Phoebe Bridgers on my other favourite track Stonecatcher. On this latter Mumford digs into the Gospel story of the woman caught in adultery and the religious leaders want to stone her. Jesus suggests that he who is perfect should cast the first stone. They drop the stones. Here, Mumford wants to catch the stones thrown in judgement rather than throw them.

(self-titled) is certainly an album worth returning to in every aspect but for those who love to find theology and Bible stories in their songs there are a good few lyrics to get you excited here.

Time will tell whether (self-titled) is seen as one of the best or most successful albums of 2022. Whatever, I would suggest that it is one of the most important and hopefully most helpful to any who have suffered the abuse that Marcus Mumford has. We should thank him and pray for his on going healing.