THE MIRROR, THE BEAST & ME 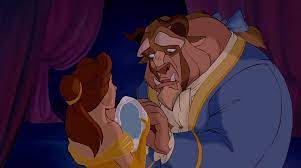 I was marrying Ryan and Anna. I always tell wedding couples to choose their own favourite hymns and readings because then I can get a flavour of who they are and can share my short address personally to them.

Ryan and Anna chose great hymns and readings but other songs at the end of the service caught me eye. Their friend Fal was going to sing a NEEDTOBREATHE song Clear, as they signed the register, and then the Mumford & Sons’ song I Will Wait, as they walked down the aisle.

So, I preached a 3 point address to the newly weds based on Mumford & Sons songs with a wee dollop of NEEDTOBREATHE.

When I came to my NEEDTOBREATHE song I said that Clear was a great but I’d like to quote from another of their songs called Banks. Anna and Ryan smiled before breaking into my sermon to say that that was their first dance.

That a 60 year old could be so on it to quote from a couple of 20 somethings first dance, during their wedding sermon. It is the coolest thing in my entire ministry!

How many times do I need my mirror broken. I look in and see my reflection - physically, mentally, socially and culturally - as less than I’d like it to be.

It is why I love the film Beauty and The Beast. The Beast’s relationship to a mirror wouldn’t be great. The Beauty metaphorically breaks the Beast’s mirror.  She loves him as he is and in loving him turns him handsome.

That might be what I love most about my faith in Jesus. Jesus walked the planet for about 33 years and his entire life was telling and showing people that he loved them as they were and, once loved, they turned good.

Zaccheus was a tax collector and outcast, a collaborator with the oppressive Roman Empire. He looked in the mirror and saw shame, guilt, disdain. Jesus broke Zaccheus’s mirror, invited himself dinner and Zaccheus changed, inside out.

Most mornings I look in the mirror and see beast. I am so thankful to Jesus, my wife Janice and others who break my mirror and love me into something better.