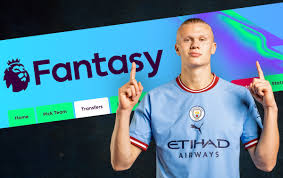 Premiership-eve. The day we have waited for since mid May. It is a big and stressful evening for millions of us. Teams need picked for the opening day of a new season of Fantasy League.

For weeks I have been working out how to maximise my £100 million budget.

How many big players can we afford. What are the cheap players that are going to come through? Over the past few years the big scorers have become defenders when at the genesis of Fantasy League you always needed goal scorers.

So where do I invest? Will new signings fit in quickly? What about players from promoted teams?

Of course it is a marathon not a sprint and my Fantasy League Team will bear little resemblance even in October to the team I will begin with tomorrow evening.

However, a good start is better than a bad one though it is amazing how quickly the team at the top of your particular League this Sunday night might drop away within a few weeks.

I am a believer in starting solid. I will choose players who have proved themselves in the past couple of years. I will have to risk with my cheaper purchases but as little as possible.

Of course, there is some luck in this game. One of the biggest factors is choosing the right captain every week as their points double. It might be luck that my player scores a hat trick and yours doesn’t score at all. That might happen week after week!

BUT let me say that as I have followed this game for some 15 years and been involved in a Fitzroy League for 10 that the final standings will have little to do with luck.

As I look at our league I know that reigning champion Jonny Fitch, Jude Holohan and John McMullen, who blew us away last season, will be the big 3 to beat. Isaac Orr, who I baptised about 12 years ago will be setting his sights on the top 3 too. Like cream the same names always come to the top season after season and David Hall is lurking!

Last season was a good one for me and a good start was vital to that. The biggest questions are how many £11.5 players you want to try to sneak in. My questions are about whether Haaland will hit the Premiership running? Will Salah be as great as ever? Are De Bruyne and Son as good for a million pound less? Oh and there are other questions about Eriksen, Diaz, Grealish, Foden and Maddison?

Then it is what formation? Five defenders? Three Strikers? Who to make captain?

I took a rush of blood last night and changed 5 or 6 players before thinking better of it. This is the night to double doubt. “Solid Steve". You said “Solid”.