THE HEAD AND THE HEART - EVERY SHADE OF BLUE 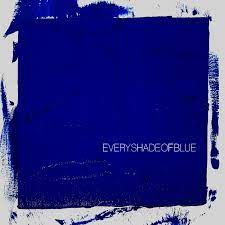 Regular readers will be aware of my Damascus Road conversion to the band, the night that I heard them in concert at Calvin College, Michigan in 2014. Let's Be Still had just come out and I was smitten. The indie folk songwriting, the harmonies, the instrumentation, the down-home wisdom.

Their last record, a kind of modern west coast update on Fleetwood Mac was even called Living Mirage. Though I liked it, Every Shade Of Blue delightfully mixes a little of that last two records sheen with that more organic sound of Let's Be Still and their eponymous debut.

They have just released two acoustic versions, one of the title track and the other of the album's highlight Virginia (Wind In the Night) perhaps the most intoxicating song of the year.

Hurts But It Goes Away is a song sung from heartache seeking hope. I would pair it with REM's Everybody Hurts on a radio show. Love Me Still is a simple slice of ear candy but with character.

Don't think the album is a step backwards. Songs like Tiebreaker and Paradigm bring rhythms and basslines that show an eye on the future as well as the past.

Every Shade Of Blue might be The Head and The Heart's best balanced record to date with a suite of songs that best reflect the varied personalities across the band members. That day at Calvin College I asked about a gig in Belfast. They said yes. What I would do!