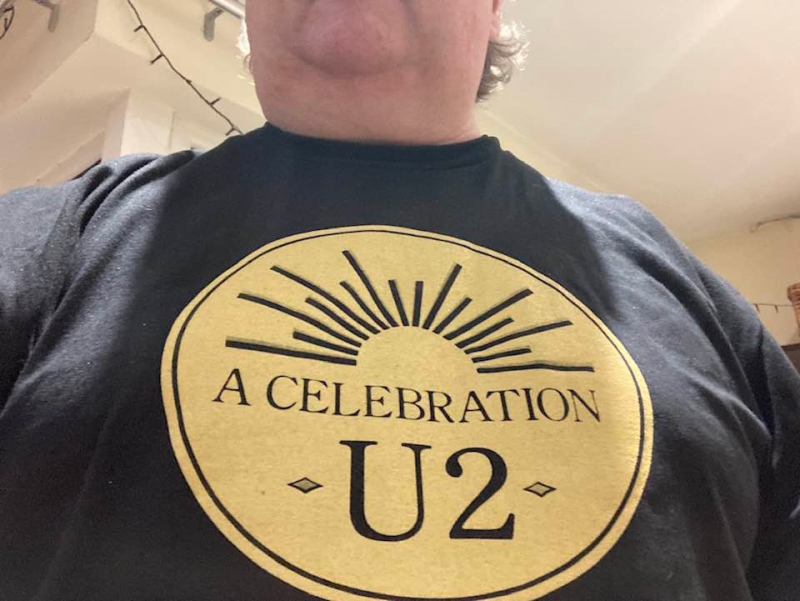 In October 1981 I used birthday gift record tokens to buy U2’sOctober album. Someone told me that they were Christians. I remember putting the needle down on the opening song Gloria and… BOOM!

By the time they released the 7” single A Celebration in March 1982 U2 were my band.  I loved the energy and exhilaration of their sound BUT beyond that they really did articulate something of my relatively new Christian faith. That a rock band could do that. My spiritual life had a soundtrack. A soundtrack that would travel with me through the rest of my life. I had found companions for the road.

A Celebration could feel rather hard done by. It has been, it would seem intentionally, hidden away in the annals. It’s first release on CD was 27 years later on the extra disc with the deluxe remastered October album. Even there it is hidden at track 9. In the sleeved notes Edge calls it “our attempt at a stop gap single”. He goes on, “It’s a little fraught, and shows the signs of being put together in the middle of a touring cycle.”

I am not going to debate the songwriting or recording technique qualities  of A Celebration. Regardless, I will always love it for what it was at that stage of their career. It is the link, musically and spiritually between October and the band’s third album War.

October was all personal spiritual ecstasy, almost worship. War was a band of young men, three of them Christians, trying to make sense of the world outside their home city and indeed fellowship group. They were starting to caress and collide their faith and the world.

Here on A Celebration they are still celebrating the liberation of Christ, as seen in the video that was filmed at Dublin’s famous Kilmainham Gaol. They are still invoking prayer and praise to the transcendent but they are now becoming aware of world wars and atomic bombs. Yes, the lyrics are a little generic in this “stop gap”song but they are taking more shape than the articulate speech in Bono’s heart on October.

Author Philip Yancey, now a friend of the band, once described Christian growth from a verse in Isaiah 40 (v31),

“They will soar on wings like eagles;
they will run and not grow weary,
they will walk and not be faint.”

Yancey points out how this seems to be the wrong way round. Should we not walk first? Yancey suggests that the early days of Christian faith is full of idealistic naivety. We believe we can make the world perfect overnight. We fly out of the blocks. Yet, later we watch friends get sick and die, we watch the TV news and realise that despite our faith all is not well with the world. We land with a thud. We are still running but later we are even walking because this faith journey is tough.

The repetition of  “I believe” in Celebration sounds like John Lennon’s song God, from his Plastic Ono Band album, where the Beatle sings about what he doesn’t believe in (including Beatlesactually!).  U2 would further develop this responsive conversation with the late Lennon on Rattle And Hum’s God Part 2.

It doesn’t seem too contrived, to rush up the road and five years hear… “I believe in the kingdom come… but I still haven’t found what I’m looking for.”

A Celebration is the perfect hinge between the flying and running in the spiritual life and U2’s next few records, maybe their entire career, would continue to live out Yancey’s commentary on Isaiah 40… a verse U2 would actually use on Drowning Man, a song on that next record War.