Home Archives Profile Subscribe
MEETING THE POPE (with The Catholic Chaplaincy at QUB) - FITZROY; May 29, 2022
SURMISING THAT GUNDOGAN MOMENT... THE HURT AND EUPHORIA! 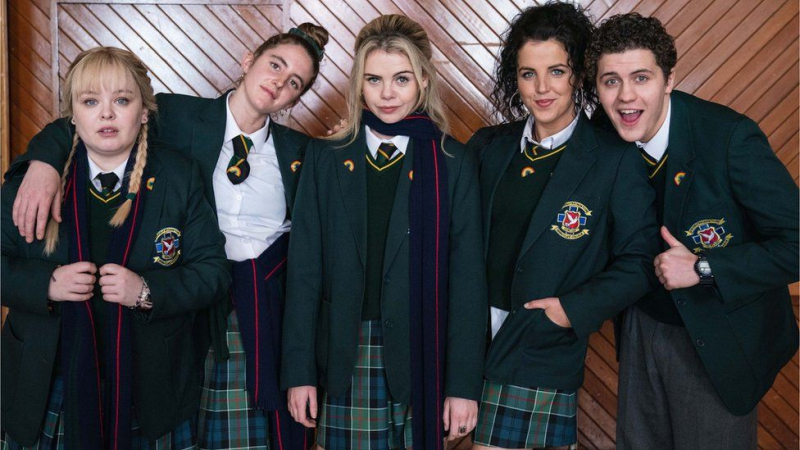 The Derry Girls. What a phenomenon. It is easy to see it as a lovely wee funny show about 4 quirky Irish girls and a their English cousin.

Maybe that was the intention at the outset but by the time we got to the big one hour long finale at the end of series 3 this has turned into something so much bigger.

The production, the staging, the writing and the guest stars. It was an epic show. Yes there was that near slap stick conversational humour but somehow alongside it writer Lisa McGee worked the personal and the national into something magnificent, almost prophetic.

Derry Girls was always about teenagers coming of age. The genius that finally came to ultimate fulfilment was setting it in the 90s. The nostalgia of Catholic and Protestant school kids going on overnights to meet and understand each other sounds uninviting but McGhee wrote it well.

So, the big finale. It is easy to understand teenage girls falling out. No contriving needed there. To link their reconciliation, compromise and forgiveness with the Referendum over the Good Friday Agreement lit a spark.

To make such a seismic political moment into comedy could have all gone very very awry but again McGee created it beautifully.

In the midst of the laugh out loud - Ardal O’Hanlon! - the questions were asked about amnesty for those who murdered, the bitterness that needed swallowed and all the what ifs it went wrong.

In the end though there was a positivity about the vote as there was about the Derry Girls coming of age. As they find the maturity of compromise in their own friendships McGee is suggesting that perhaps our society might grow up too.

The finale of Derry Girls leaves us with an amazing potential of a so much better future. It left me laughing, sad that it was all over and wondering if almost 25 years after the events acted out if we have made the most of the positivity of ’98. There's still work to do.