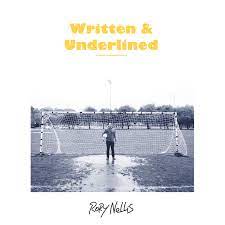 Where did this Rory Nellis records come from? Well we know about a couple of previous records but Written and Underlined comes fully formed, the work of a mature writer and player. It all comes across as the work of a Northern Irish Jeff Tweedy. Nellis is a clever, quirky, social observer, comic and sage.

Stranger Behaviour could have been a strong song on Northern Irish buddies Snow Patrol’s Fallen Empires but elsewhere we are drawing inspiration from 90s alt country No Depression artists.

The guitars boss the show. They effortlessly churn up the surf that the songs ride on. It’s all beautifully placed between the country shuffle of The Fear and the indie rock of title track, as if filling the gaps between the songs She’s A Jar and Shot In the Arm from Wilco’s Summerteeth.

As the work is mature so is the lyrical content. Songs about songwriting (Written and Underlined) and love (Sailboat) and lockdown nostalgia (Video Shop) to politics (Political Animal) to philosophical benediction (Be The Sea).

That latter song is the best of the lot, the best I have heard all year. The hypnotic foundation like the waves rolling in and out, increasing in intensity. It carries a message of love and resilience and the opportunity for living in spite of any doldrums that every day offers. Be the sea… Indeed.