MY TRIBUTE TO MELANIE CLARK PULLEN 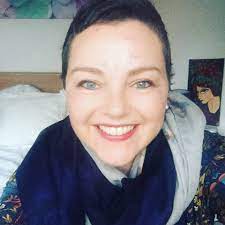 Janice and I are so heartbroken at the passing of our friend Melanie Clark Pullen.

Melanie taught me a couple of BIG things.

The first was in a restaurant in London when she was literally a megastar. Millions of people watch Eastenders! Who knew. We did when Melanie, who had been on Eastenders for maybe a year, met up with us for. meal in Wimbledon. To watch an entire restaurant watch our table was eye opening. This was a level of fame I had never moved in the midst of.

People staring, then approaching the table with various mad notes. If I remember correctly, one was to tell her producer of an idea some randomer at the neighbouring table had for a film.

Melanie was learning the ropes of celebrity and it was tricky. We took her to Greenbelt and spent a lot of time in the Guest Area where people usually know how to deal with fame. Again I was amazed at the response.

Melanie of course did it all with a great sense of humour. She told us about being in a wine shop and the manager following her round the store before looking her up and down and saying, “Are you…” Just as Melanie was about to say “Mary Flaherty, yes I am” the woman continued “over 18. Could I see ID!!!”

Melanie only did 18 months on Eastenders and there were no doubt repercussions at reaching such fame so soon. Though she acted in many other things, check out The Railway Children, she returned home to Ireland and lived a quieter life with her husband and children writing and creating as Strut And Bellow.

How fame can impact a life is not the best lesson I learned from Melanie’s life though.

I was an introverted 30 year old who had just moved to Dublin in 1991 to work as Youth Development Officer with the Presbyterian Church. About six months later I was invited to speak at a Scripture Union weekend at Ocova Manor in Avoca. A special place for me ever since!

Anyway, I was taking a bus with all the school kids who were going to the weekend. I got on in central Dublin and found a seat. No one paid much attention.

We then made a stop at Glen Of The Downs just south of Dublin and a clatter of other young people got on. One of them immediately saw the shy old man up the back and came over and introduced herself. “Hi, I am Melanie. You must be Steve.” That smile!

The ice was broken and Melanie led me into the middle of a gang of late teens that it was an utter delight to be with for a few exciting days. I will never forget that kindness. Or courage. I have just loved Melanie ever since.

I haven’t seen her in a while. Janice and I have followed her illness and were so sad to see that she had lost her brave fight. We will remember many great times. Arklights in that same Ocova Manor where her acting skills were honed. Shared excitement at her Hello feature on Christian Aid's work in Tanzania.

Later she came to Fitzroy now and again and one night showed her Award winning short film Marion agus an Banphrionsa and her husband Simon Maxwell sang a song or two. We had a fantastic afternoon back in 2013 with two sets of kids in Bray. Trampolines were order of the day.

In these recent years she taught us how to battle cancer with resilience, honesty and dignity, ever reaching to help others.

It was always good to see Melanie. That beaming smile was radiant and positive. It was the same smile as that first one on a bus driving through Wicklow. I was the speaker at a weekend and the young girl over a decade younger ministered to me!

That's the Melanie Clark Pullen that I will best remember.

What a lovely tribute Steve. I only had the honour of meeting Melanie once but she was kind and thoughtful and I was so very sad to hear of her passing. My thoughts and prayers are with Simon and all of the family.