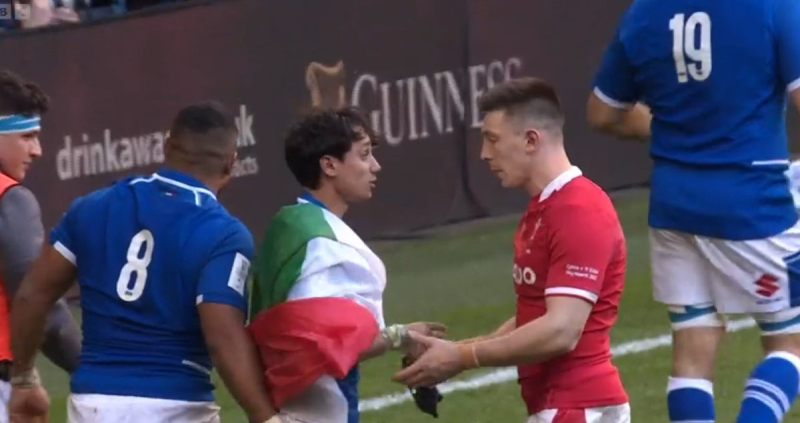 It was the unbelievable manner of the win. Leading for almost an hour it looked like Italy had ran out of steam. Wales began to dominate and as the time reached 78 minutes there was really only one team who would score any more points - Wales.

And then… then Ange Capuozzo picks it up well inside his own half and starts running. It seems that he has taken a wrong option and was running right into an army of Welsh defenders BUT a brilliant side step and he is away. A pass to Edoardo Padovani and he runs in under the posts.

Italy are within a point with a conversion under the post. Paolo Garbisi duly obliges and it has to be said that whatever happens in the rest of the evening, perhaps an Irish Triple Crown, and then maybe a close call between Ireland and France to win the Championship, this moment will probably be the definitive historic moment of the 2022 Six nations.

Italy without a win in 36 games win. In such drama. With such genius.

As if all that is not enough commentator Jonathan Davies had given Welsh winger Josh Adams the Man of the Match award for what seemed to be his own moment of genius and try that seemed to win the match for Wales.

Just a second too late to give it to the iconic player of the match, perhaps Championship Ange Capuozzo.

After the final whistle when Italians are weeping tears of utter joy and Welsh players are hanging their heads in utter dejection, a beautiful moment of sportsmanship.

Having been presented with his Man Of The Match medal Josh Adams immediately seeks out  Italian hero Ange Capuozzo and hands it to him. That is utter class and is to be celebrated.