Home Archives Profile Subscribe
THE GOSPEL ACCORDING TO... NEIGHBOURS
GOD IN THE CITY; BELFAST AS A CATHEDRAL 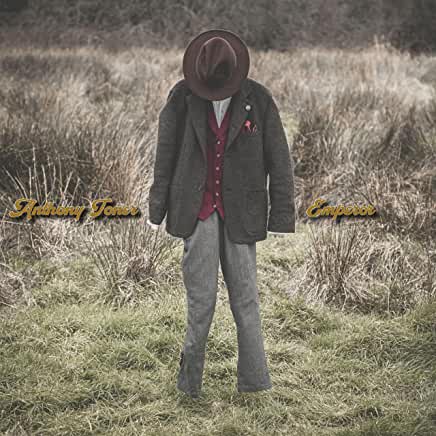 With Emperor it is the poetry. Oh yes it is the guitar playing too BUT most of all as a man who loves a good lyric Emperor has drawn me to the literary brilliance of Anthony Toner.

Emperor is a beautiful stop gap in the Anthony Toner catalogue. In August just about exactly a year after his paean to East Belfast, Six Inches Of Water, he has another record of new songs coming but here in-between is a stunning array of Toner’s wares until now recorded with just guitar and voice.

Brian Houston has a soon to be released record in the same vein. How fortunate we are that two of our best local songwriters were thinking the same thing at the same time.

This “Emperor without clothes” exposes the dexterity of Toner’s guitar finger dances. He has been likened to James Taylor and I have preferred Stephen Fearing but a good few times across these songs I have uttered Bruce Cockburn. For those who know Cockburn’s genius and my fandom that is quite the compliment.

Yet, for me the most revealing thing of these songs stripped bare is the poetry.

I mean Exit Wounds is actually a spoken word. I was moved by the Ink version but here naked and a little slower in delivery it is even more powerful. This crazy scenario of two twelve year boys with one of their fathers and a loaded gun becomes a song of decommissioning in our wee country.

I was drawn to lines:

“It wasn’t even in a holster,

or any kind of presentation box,

it was just… lying in this drawer,

between his underpants and socks.”

How we lived ordinary lives in the extraordinary circumstances of the Troubles described as a gun among underpants and socks? I love it!

Alphabet is another poem as a song. Written about his father’s dementia, I relate and am then taken on this meandering A to Z:

“When I hug my father/We hold on tight/If he forgets who I am well that’s alright/A is for Alzheimers…” to the final gentle punch, “When you enter this world/It’s what you bring/And it’s what you take with you/After everthing/Z is for zero!”

If possible Anthony’s voice is even warmer than usual and boy can he tell a yarn. Check out The Road To Fivemiletown and Sailortown. Is he our very own Kris Kristofferson?

Everything Toner does is sprinkled with everyday worldly wisdom and a wee rascally wink of his eye. For the latter just feel the impact of:

There’s no sense in looking back -

I chuckle every time!

That everyday observation and experience that Toner has makes me feel that he knows the Northern Irish psyche. If I was gifted enough I would have written Cousins At Funerals. It is exactly my experience (and, all you Kernohans, we need to do it!): -

We’re always saying we should get together,

Before the chilling scenario that I have recently come to realise:

Someday you know, this is going to be me and you.

The only negative about Emperor is that there are favourite songs not on here. That says more though about the strength of Toner’s catalogue than this record. It might also warrant a Volume 2. I’m ready already.