BELFAST'S MOTTO, A FILTHY RAG, U2 and 4 CORNERS FESTIVAL 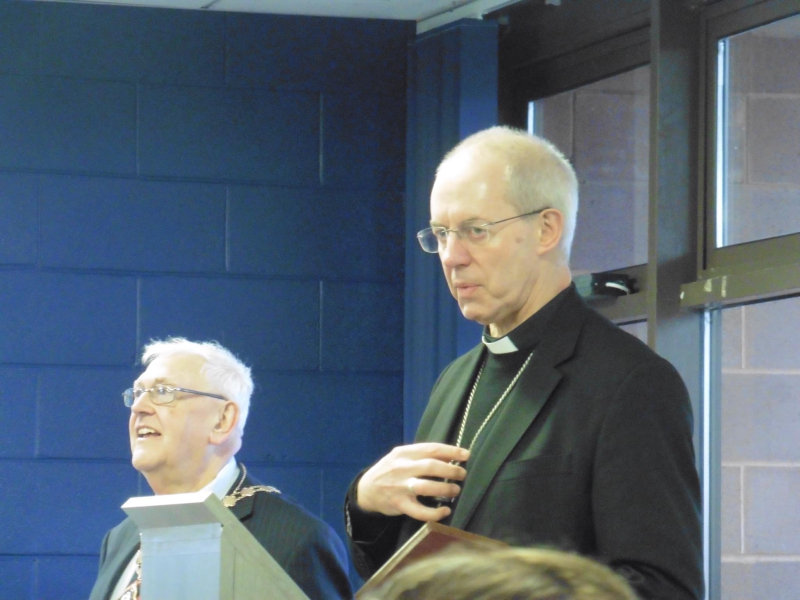 When I came to faith in Lower Sixth I gave up PTQ. The jokes and images were not in keeping with my following of Jesus.

Little did I know though that the dirty magazine got its title from a Psalm.

The notorious magazine’s title came from the City of Belfast’s Latin motto "Pro tanto quid retribuamus." This is taken from Psalm 116 Verse 12 in the Latin Vulgate Bible and is literally "For (Pro) so much (tanto) what (quid) shall we repay (retribuamus)"

The verse has been translated in Bibles differently – for example as "What shall I render unto the Lord for all his benefits toward me?" It is also translated as "In return for so much, what shall we give back?”

In 2001 I was sent a photograph of something gaffer taped to the stage of the U2 Elevation Tour. It was those words from Psalm 116 (12-14), this time Eugene Peterson’s paraphrase in The Message:

What can I give back to God for the blessings he's poured out on me?

I'll lift high the cup of salvation - a toast to God!

I'll pray in the name of God;

I'll complete what I promised God I'd do

And I'll do it together with his people.

Bono would read these words every night of that tour before singing Where The Streets Have No Name.

I was drawn back to all of this at the 10th Anniversary 4 Corners Festival when the Deputy Lord Mayor of Belfast, Alderman Tom Haire reminded us of the city's motto at the close of our Wonderful Wander.

These are powerful words of commitment. They are a recognition of all that God has done for us. They are seeking deep down in the soul how we might respond to such blessing. The answer is a vow of commitment to lift up the gift of salvation, not squander it and then to fulfil those vows in the community of God’s people.

And so... the Psalmist’s words that named a filthy rag and were then prayed by the biggest rock band in the world on stage got perhaps their best setting at a Festival of Reconciliation with a strong Scriptural foundation. Thank you Deputy Lord Mayor. I have and will continue to return again and again to Psalm 116 for a vow to renew my passionate commitment to God and his Kingdom.