Home Archives Profile Subscribe
HOW THE BABY JESUS SHIFTS OUR POSTURE AT COMMUNION - TOMORROW IN FITZROY: 9.12.22
THE WATERBOYS - THE MAGNIFICENT SEVEN

4 CORNERS FESTIVAL - FROM DIY TO NEEDING A BOARD 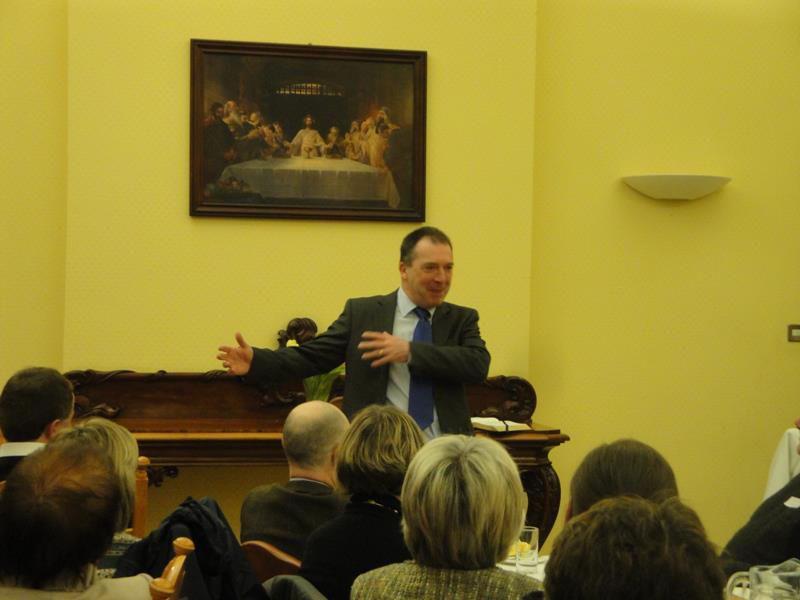 The first 4 Corners Festival meeting took place in the old Irish School Of Ecumenics’ building up on the Antrim Road. I remember it quite well. Fr Martin Magill and I had come up with the idea of a Festival in September 2012 and called a few friends who we thought might be interested. Gladys Ganiel, then on the staff of the ISE agreed to host.

So, we gathered around a table in the middle of October - Martin, Gladys, Ed Peterson, Fr Paul Symonds and Glenn Jordan. Some others had been asked but didn’t show.

As Fr Martin and I had originally considered the Festival as a kind of fringe for The Week Of Prayer For Christian Unity we audaciously planned a Festival, to take place 3 months away!

It happened and we were on our way. Though the shape of the festival has changed in shape over the years, theological discussion, literature, music and art.

In that very first programme, there was a Prayer Breakfast in Clonard Monastery with the then Chief Constable of PSNI, Matt Baggott, speaking. The Chief Constable in West Belfast was always a crossing of borders but what we didn’t know when we planned it was that by January a Flag Protest would make Belfast a very tense city. This was the kind of contribution we set out to make. To Speak an alternative common ground and common good into our divided place.

I remember the Festival’s early days as times of innocence. Everyone brought an event and ran with it, we put them altogether and had a festival. I always felt that the Festival was like a fertile field to sow your dreams. Ed Peterson had an idea of a banquet for the homeless and the committee took it and dreamed of the Banqueting Room in City Hall. That started a series of such banquets that Ed headed up.

We added to the committee in very causal ways. Methodist minister David and his wife Sally Campton moved to South belfast the year after the first Festival. Janice and I invited them for coffee. As they were leaving I said to David that the committee were meeting at 3, come on down. That was David’s invite!

We didn’t think about money but started donations that we put through the Fitzroy accounts ear marked 4 Corners Festival. We were thrilled with our Do-It-Yourself approach. We thought it might inspire other projects. Speakers and artists were very kind and gave of their services free. We thank them.

As we journeyed, though, things developed. We were being asked for insurance. We needed a bank account. We realised that we could no longer be DIY. We needed a constitution, a Board. We needed to get registered as a charity. We needed an administrator and Megan Boyd has done an amazing job in that roll.

So, we are a tighter ship now. We have a Board with members with specific skills and a Planning Group with creative souls. We have policies for everything. We are funded by so many generous funders. It’s all rather different BUT I hope much the same. A few followers of Jesus with wild imaginations and free spirit’s open to the Spirit of God to bring the peace and prosperity to the city as Jeremiah wrote about in chapter 29 of his prophecy!

Once a month the Planning Group meet and laugh our way through the entire afternoon. By October, we like to believe miraculously, there is a festival that we look at and cannot believe that we came up with that. Still sowing dreams in the fertile field.