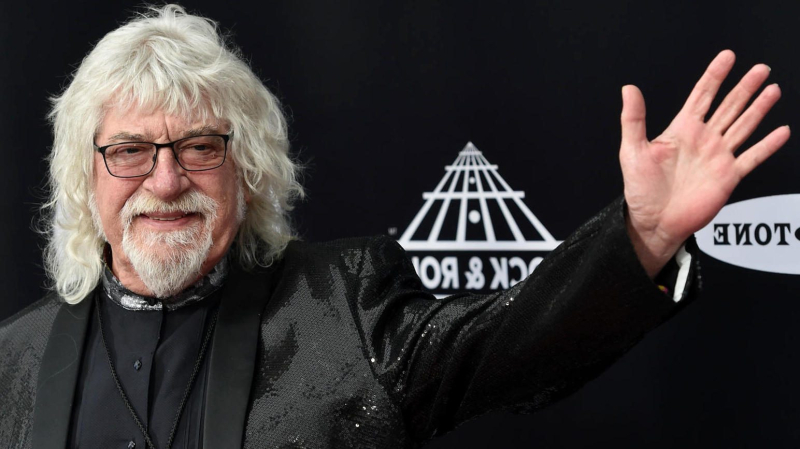 I was saddened to hear that The Moody Blues drummer Graeme Edge had passed away and any hope of more new music from the band with him, though his retirement a few years ago had already signalled that. Edge was a founder member of the band, the only one left 58 years on. He was also so much more than an amazing drummer.

Two things drew me to The Moodies. One or maybe two classic singles and Britain’s first 1 million pound soccer footballer.

Taken from their very first record Days Of Future Past released in 1967, Nights In White Satin was re-released just as I discovered the radio in 1972. I loved it.

Unlike some of the Glam pop hits I was buying then it was still on my turntable around my mid to late teens. It was then that I was provoked to search further.

I used to buy Shoot magazine. It was a younger version of my favourite - Goal. I was reading Goal from 7 years old but I was able to condescend to buying Shoot too! One of my favourite sections was their quick questions to a star player. My favourite question was Favourite Band? Trevor Francis answered The Beatles and The Moody Blues. I had just fallen madly in love with The Beatles so I wondered who the second band were. I had bought Blue Guitar by two of the band Justin Hayward and John Lodge.

Both Go Now and Nights In White Satin became the smooch dances at our home teen parties. I had no luck with the chicks but I discovered a band.

Delving back in to The Moody Blues as I do in concentrated phases over the years it took a long time to appreciate Graeme Edge or see his vital importance. Hayward and Lodge wrote the more accessible stuff. Edge was a spoken word yang to their yin.

Yet over time as I fell in love over and over again with the band’s first seven records you have to eventually catch on. The first voice of the first track on the first album by the classic Moody Blues line up was Graeme Edge’s. His poems and mostly his voice kicked off 5 of the 7 classic records that ended with Seventh Sojourn in 1972.

That is being more than a drummer. Edge set that Moody Blues mood. Those atmospheres that were so unique and cosmic and haunting. That yang again. I cannot imagine Caught Live Plus 5 without the 58 second The Dream to give it a unique artistic shift.

Graeme Edge passed away the day after I ordered Marc Cushman’s The Long Distance Voyagers; The Story of The Moody Blues Volume 2. It will herald in a new phase of Moody Blues obsession for me. It was ordered for Christmas but I think Edge’s sad passing will be the cause of cracking it open as soon as it arrives!

Graeme Edge… thank you for the yang!

I truly hoped he'd live to be a million.