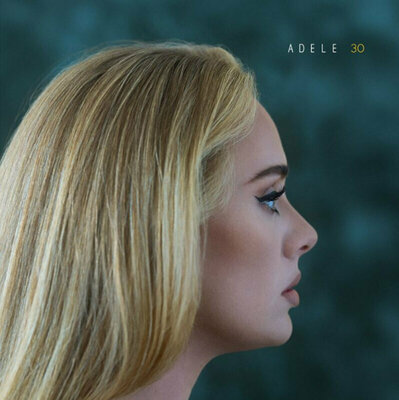 Straight up, if I wasn’t married with daughters I wouldn’t look twice at an Adele record. Yet, down the years on our Summer Holiday playlists it was essential to have Chasing Pavements, Someone Like You, Skyfall and Rolling in the Deep.

Rumour Has It too, as it has Ryan Tedder as a co-writer and he has claimed that reading my book on U2 took him out of the Christian ghetto into the mainstream. So Rumour Has It was my feeble grasp at credibility with my kids.

So again, Adele was way down my listening list of new releases coming out the same day as Martyn Joseph, Sting, Robert Plant & Allison Krauss and Christy Moore!

However, I caught An Audience With Adele on television and started to think that this was an album of more than big ballads and a great voice. Just the briefest listen and I was becoming aware that 30 was way more mature than 19, 21 or 25 as the number suggests it should be.

Not only that but this was an album that could find a pastoral spot. How many people are going through the pain of divorce, the sharp self blame that cuts deep and the child caught in the crossfire. Adele has given us her Blood On The Tracks, less poetic than Dylan’s but deeper emotionally for it.

Cry Out Your Own Heart gives advice for those wrestling with depression:

Cry your heart out, it'll clean your face

When you're in doubt, go at your own pace

Hold On takes on similar idea but has a Gospel yearning to “hold on” after this:

So just hold on, ooh

Let time be patient and (You are still strong)

If you just hold on

“We're in love with the world, but the world just wants to bring us down

By putting ideas in our heads that corrupt the heart somehow”

There is almost a yearning for God, for at least the missing piece within us:

Why am I obsessin' about the things I can't control?

Why am I seekin' approval from people I don't even know?

In these crazy times, I hope to find somethin' I can cling on to

‘Cause I need some substance in my life, something real, somethin’ that feels true

30 is an album that will be with us for a while. Settle in and get used t it. Though not something that I would put on the record player by choice I will probably appreciate it every time a song rolls by. It’ll be on Stocki Family Playlists and that will be fine by me.

What Adele has done is to take her astonishing voice and her big emotional piano ballads and add a dimension of pastoral content that means these songs and 30 need to be taken more seriously than it might be.