BEING READY FOR THE SHOCK 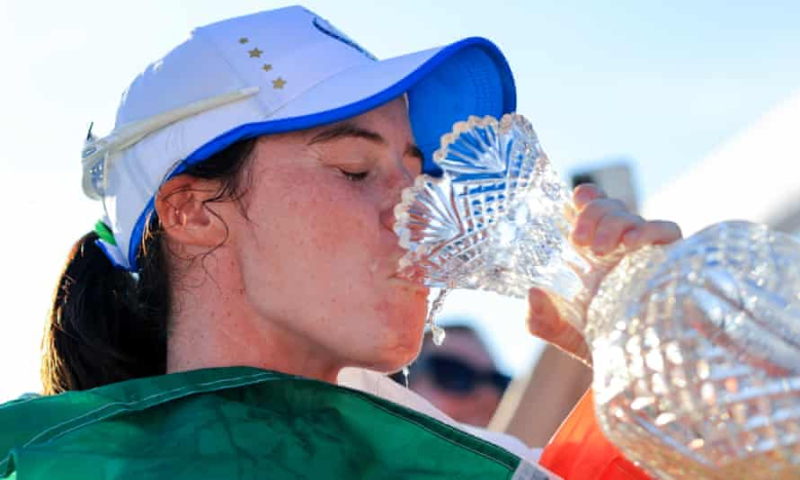 (My Thought For The Day on BBC Radio Ulster's Good Morning Ulster on September 8th 2021...)

Even with no Premier League it was a great sporting weekend. Watching on Facebook streaming on a phone outside church with his family as my friend Stephen Orr won the Irish Senior Masters 800m was the highlight.

BUT I was gripped with the Solheim Cup, Europe’s women beating the USA on US soil. Leona Maguire from Cavan the first Irish woman ever to play in the Solheim, the superstar with 4 and a 1/2 points.

There was a shot on Sunday afternoon that reminded me of my toughest golf lesson. A life lesson in fact.

It was the 9th hole in the afternoon fourballs. USA’s Megan Khang was off the back of the green in semi rough. Her European opponents were on the green and felt the hole was won.

Khang’s chip needed to be delicate. It wasn’t. It was far too hard BUT it was on line, hit the pin bounced out of the hole and then back in again.

There are many difficult things about golf. I declare this the hardest. Reacting to the surprise of your opponent’s luck. The European players moved from confidence to oh no we might miss these putts. They did.

It happened to me as a teenager… 16th at Ballymena… 1978. I had been 3 down in an East Antrim League match and had won two in a row. I hit my approach to the then par 3 16th to 4 feet. My opponent was forty yards wide of the green. Oh yes. He pitched up short of the green. Oh yes. His next effort was too hard but hit the flag half way up and dropped in. Otto! Yes, shell shocked I missed the 4 footer and halved the hole that I was sure I’d won.

Always be ready for what your opponent will do. Always expect the unexpected. Be prepared for it and you still might sink that putt.

Jesus wasn’t talking golf when he highlighted the foolishness of the 5 virgins who came to the wedding unprepared for surprising long wait. Not enough oil for their lamps. Left to get some more. Locked out!

Today might throw us all kinds of surprises that will hit head, heart and soul. We need to be prepared. It is hard to deal with the shock if we are not.