TRIBUTE TO NANCI GRIFFITH - I WOULD BRING YOU IRELAND 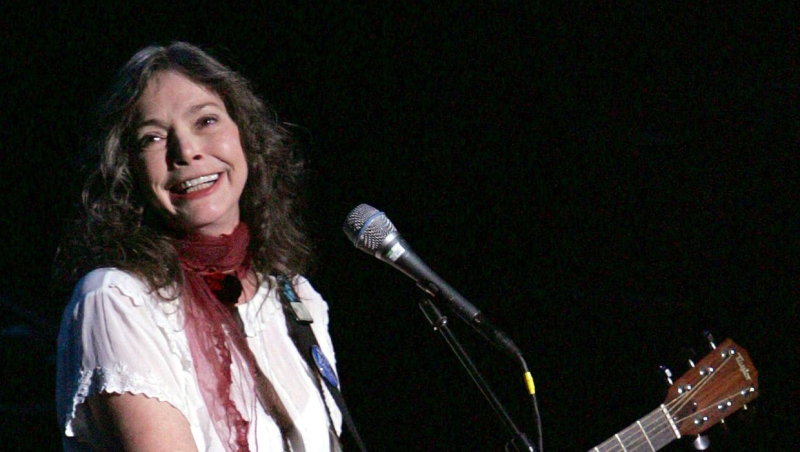 I was so sorry to hear about Nanci Griffith’s death this past week. There was a period in the early ‘90s when her albums accompanied me across Ireland.

I was the Youth Development Officer for the Presbyterian Church in the Republic of Ireland. The roads in the early 90s weren’t great. It could take hours to get from Dublin to Limerick or Cork or Donegal. A trusty portable CD player was my dearest friend.

I was mad into songwriters at the time. John Gorka, Mary Chapin Carpenter, Jimmy MacCarthy… and Nanci Griffith was very much in that listing. She was a great lyricist. Songs like Trouble in The Fields, Once In a Very Blue Moon, covered beautifully by our own Mary Black and Love At The Five and Dime, particularly the storytelling introduction version on the live album One Fair Summer Evening to name a few.

However, there was another reason that I was drawn to Nanci. She loved the Ireland that I was working in and exploring as I listened. On Grafton Street gave the a seasonal feel in cold Dublin streets and even had Larry Mullen Jr on it; It’s A Hard Life Wherever You Go had us in a taxi on the Falls Road dealing with our divisions; and I Would Bring You Ireland was a love song where the love of Ireland was a gift to the lover.

That last song has been playing very powerfully with my heart this past week. Most of the summer I have been driving across the Glens Of Antrim. From beaches, mountains, cliff tops and roads across cultivated, defined and beautiful farm land of forty shades of green I have been madly in love with the very Ireland that Nanci wants to send her lover. To live on this island of radiant beauty and to enjoy it day after day. I feel blessed.

Then you read the news. Some of us gifted the beauty of this place want to poison and stain it with the hatred that Griffith told us about in It’s Is A Hard Life Wherever You Go. Putting flags and political posters and photographs onto bonfires is a sectarian cancer that both our communities need to rid themselves of. Politicians from both communities need to work harder at eradicating it.

Ireland like a lover has me forever. I love this place so much. Yet at times it abuses me, hurts me deep. The bonfires of July and August have hurt and I was so thankful of Nanci Griffith reminding me of my love and the wonder of this utter gem of God’s creation set in the Atlantic waves.

Back to the loss of Nanci Griffith. I was most impressed by this social media post by Belfast songwriter Ursula Burns who wrote about how she met Nanci at the Belfast-Nashville Songwriting Festival: -

We met over breakfast at the Dukes Hotel and started playing a few songs..... 12 hours later there was up to 20 musicians.  I think it was the best day of my life. Nancy bought me wine all day and I played harp while she sang. Every year after that she came up to say hello and always remembered my son’s name and made a fuss of him when he was with me at the gigs.  I loved her. I loved her songwriting and her voice and her spirit. I was blown away that i got to play with her and will always be eternally grateful to the Belfast/ Nashville festival for making stuff like that happen on ordinary rainy February days!

Now that is my kind of songwriting hero. Love and prayers to those closest to her. Nanci Griffith songs will mean a lot to so many of us for a long time to come but they will ache and grieve her loss the most.

Posted at 09:06 PM in PEACE AND RECONCILIATION, SONGS FOR A HEALTHY SOUL | Permalink | Comments (2)

Thank you Steve. This was helpful in many ways. I’m so sad that she is gone, but ever thankful for her xo