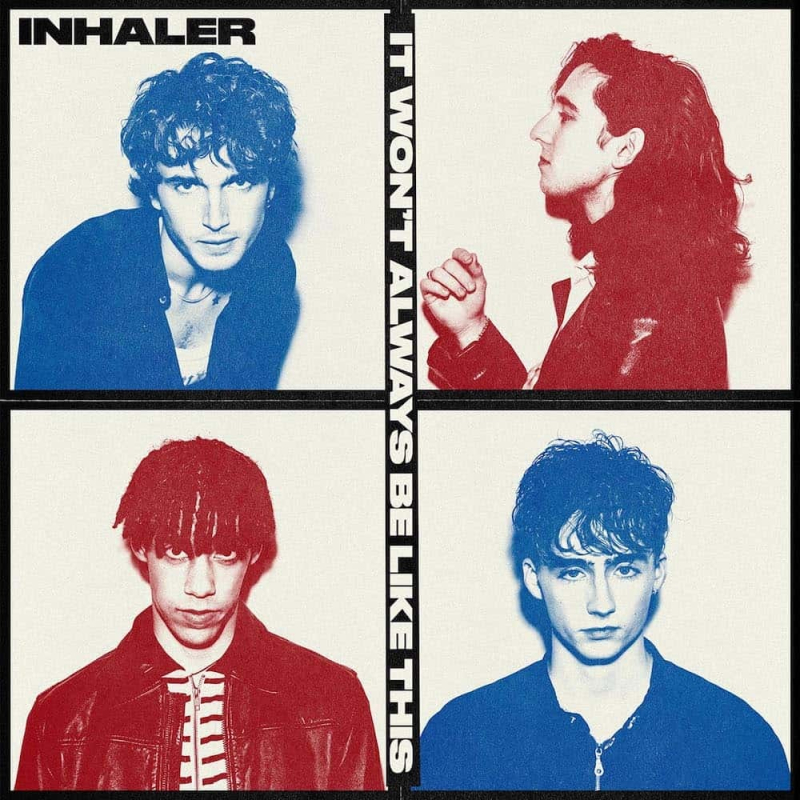 The vibrant sounds of the hot hot summer of 2021. Dublin’s, Inhaler are top of the UK album charts so fast that I didn’t get a review done quickly enough and I might need my to use my Ventolin.

I have followed the lead singer’s life since the day he was born and wondered at one point (in a dither over a move to a Dublin church) if my daughter might have been in his class at St. Andrews College (she’d have been a year below me thinks!).

It’s not easy being a rock stars son when you are trying to be a rock star. Ask the off spring of Lennon, McCartney, Simon or Taylor for example. Young Eli Hewson does it with ease, backed by a tight wee band - Ryan McMahon, Josh Jenkinson and Robert Keating.

I struggled a little with the early singles. I wasn’t at all convinced. Yet, here they are fully bloomed and booming out the most intoxicating guitar rock sound since… well there have been some since his dad’s band… but that’s always going to be the reference for this one.

In the end I guess it should be. The immediate sound is more Joy Division and Interpol than U2 but if people are trying to see Eli as more Elisha to his dad’s Elijah then it does have U2’s accessible grab for radio and big full stadiums.

The current single Cheer Up Baby and the title track are all over your ears immediately. The latter a perfect song for lockdown and the coming out there of… It Won’t Always Be LikeThis. Indeed! Yet, it was written way back in the day. As a first song ever written it was some sign of potential.

Everything, as you’d expect is bouncy and youthful, though they can change gear nicely as on My King Will be Kind and Totally.

The former gets angry and personally, though I can handle bad language as long is it for poetic intent, “She says I’ve got no love, I fucking hate that bitch” is a little out of keeping with everything else I am hearing.

Love and heartache and finding belonging are all readily made themes for a debut record by a young band. If they were keeping one thing from the singer’s dad’s band I’d hold on to the eternal spiritual questions. That might more than anything be the reason that Eli and dad are going to end up competing in some awards night or best of the year poll!

I do love their ode to America, A Night On The Floor. This is perhaps as close to U2 as the young pretenders get. It’s that recurring U2 theme of a love/hate relationship with the States.

In an Apple interview Eli, after sharing a love for America, says, “And it’s just sad to see America in that kind of state, because it symbolises so much to us. It feels like, I guess, the States is having a bad hangover or something. It needs to get off its arse and have a coffee or something.”

The falls close to the tree there but I do love the lines : “This for all you sinners/Saved by saints/God bless the madness/Of the 50 states.”

So Inhaler have arrived with a big relieved puff. They deserve their number 1 and they might just be the saviours of guitar bands. As a first album it is up there with, yip, Boy as a more than impressive debut.

Steve, totally agree! Brilliant album! I got it on coloured vinyl! Took me back to the excitement of getting Boy back in the day!

Yes, also here in the Netherlands, well received this album. Inhaler also performed in our country and they made a good debute. Interesting to follow these young lads!

This one is way better than i expected of a debut album! Unfortunately it lacks distribution here in Sweden but good then that a local record shop is helping me to import it.