Home Archives Profile Subscribe
BEING WITH MY DAD IN HIS DEMENTIA - PAUSE FOR THOUGHT 14.6.21
THE DARK GETS DARKER IN YOUR DARKNESS 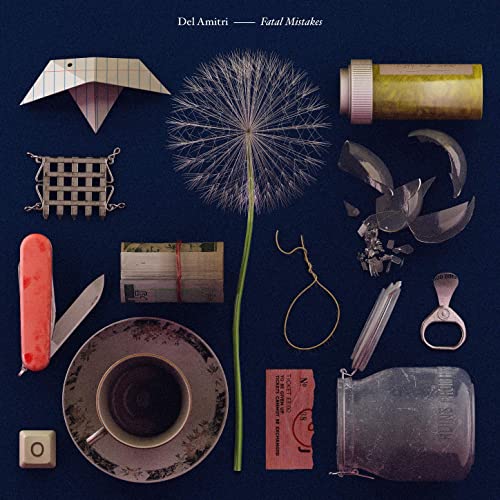 19 years since we got a new Del Amitri album. It is so good to have them back.

I remember seeing Del Amitri sing Nothing Ever Happens on a TV show, must have been early 1990. Almost like a protest song with acoustic guitars and this amazing voice, it was the lyrics that caught my attention most. Here was poetry and biting social critique:

And bill hoardings advertise products that nobody needs

For the price of a hospital wing

I bought the CD single (they rage in the early 90s and I have everyone the Del Boys released!) and loved all three of the extra songs. So Many Souls to Change almost brought it to Church:

So mother and child while traveling to Deli

Have to jump off a burning train

Meets to discuss it's slogan campaign

After that it was the whole album Waking Hours with Kiss This Thing Goodbye, Hatful Of Rain, Move Away Jimmy Blue among others. Their next album Changes Everything was a constant soundtrack during a short break up with Janice making heartache almost glorious. I was also using quotes in my preaching:

“So look into the mirror do you recognise someone

Is it who you always hoped you would become

When you were young”

Though I wouldn’t say that the lyrics on Fatal Mistake have the poetic density of those earlier songs the flair for turn of phrase is alive and well:

In the cherry red of Côtes-du-Rhône

Prodding at the little fire of my phone

The lights behind the bar

Fatal Mistakes is quite a comeback record. In the usual subjects of love, broken usually, mortality and social observation they reel off catchy song after catchy song. If we were still back in 1990 there would be a swathe of CD singles off this accessible batch.

Every listen throws up another wee sound or more important for me a punchy rhyming couplet. Missing Person, I’m So Scared Of Dying, the near Crosby, Stills and Nash sounding Lonely and the 7 plus minutes of the scathing Nation Caners. It is all so immediate but will take a long time to get tired of.

Add to Currie’s pen still flowing, his voice is a strong as ever. Iain Harvie’s guitar playing is as good as ever but dare I suggest more mature than ever, the chugging riff on I’m So Sacred Of Dying, delicate touch on It’s Feeling to fragile picking on the campfire light of Mockingbird, Copy Me Now.

For Del Amitri fans this is well worth the wait. No mistakes. Let’s hope it’s not fatal.