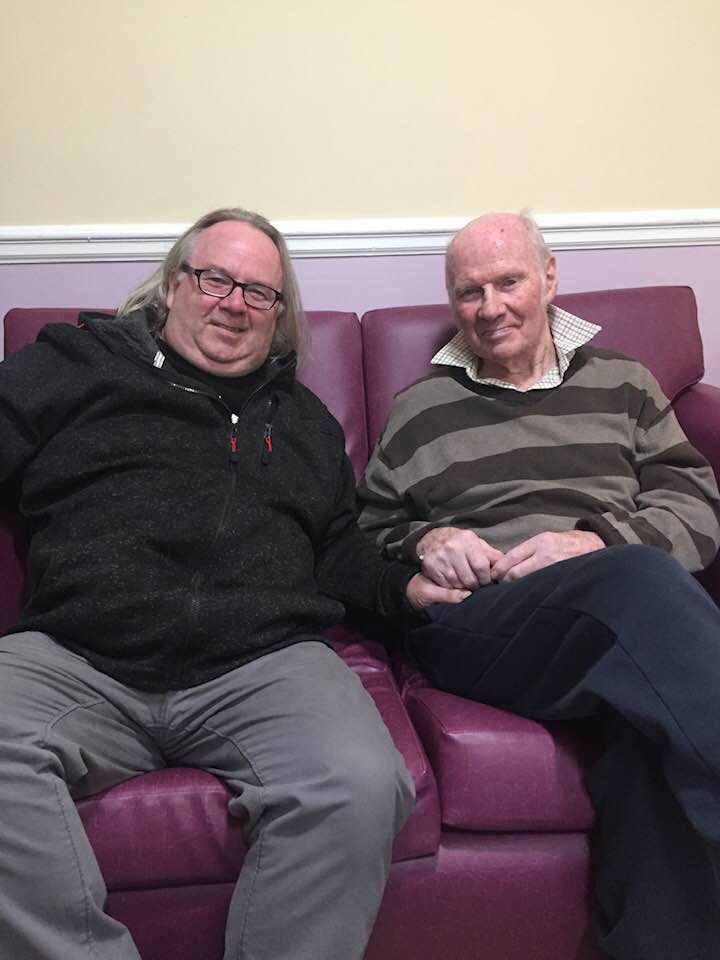 These were the things my father taught me. The things we talked about. Even in the early days of dementia these were the words that I used to find traction as a father figure who spent his life as an accountant could no longer add up the figures.

Time is an invisible memory bank. It turns and burns and churns. Time is like a tornado with nothing in control of it.

Time always seems to leak too fast. It breaks and cracks and takes away.

Time has worn my Father out. It has eroded his memories. The words that resonated. Time has brought him down a cul-de-sac with no turning circle back again.

In the last few centuries we humans have spent a lot of time trying to fix everything. This week we heard about a break through in dementia medicine. It would be great if we could fix it.

It’s too late for my dad. Time will not rewind. Fosbury Flops or Jack Nicklaus will never click again. What time has done to my father cannot be fixed. All I can do is be with him. Sit and chit chat. Talk nonsense. Sure I do that for a living.

It’s quite a thought. It is a thought that keeps me going in every difficult visit I have with my father. Just being with him might actually be enough.

Steve thanks for this, deeply moving, personally I think you hit the nail on the head, in that, the God that we believe and put our trust in is a God who first and foremost abides with us. But I can't even begin to imagine your personal anguish and the difficulty to abide with your father who has dementia who maybe doesn't even recognise you as his son. Maybe the analogy we can use is the anguish and difficulty our heavenly father must have felt watching us his creation nail his son to the cross, but it is here we see his love for us, and in the same why you abide with your father reveals your love for him. So love is not about a quick fix, but love is being in it for the long hall and simply abiding.

Steve. Thanks for sharing. Being is what we all are. Dementia strips away so much but we must always remember that the person who we once knew differently is still with us...still being. Your being with your Dad your voice, touch and time enables you to pause to reflect, to smile and love and gives your Dad a sense of himself. Abide with me falls gently in my mind when I read this today, there may be darkness with dementia but still a light shines within. I know my life was enriched spending time with family impacted by Alzheimer’s and Dementia. On 28th August the Stormont Community group and KaleidoPeople will hold a fundraising dinner at Stormont hotel for Alzheimer’s and mental health support.

Thanks Steve. Wishing you peace and joy in the time you are able to be with your Dad. The gentle touch, the warm laugh, and the patient smile may reach far deeper than we know. Peace my friend.

Yes! Alzheimer’s erodes and steals the personality leaving a shell. So hold a hand and chitter on of things once shared not knowing if the words find an echo in the seemingly vacant depths and praying that Immanuel finds presence in the depths and holds the hand of the grieving for all that is lost and yet still is