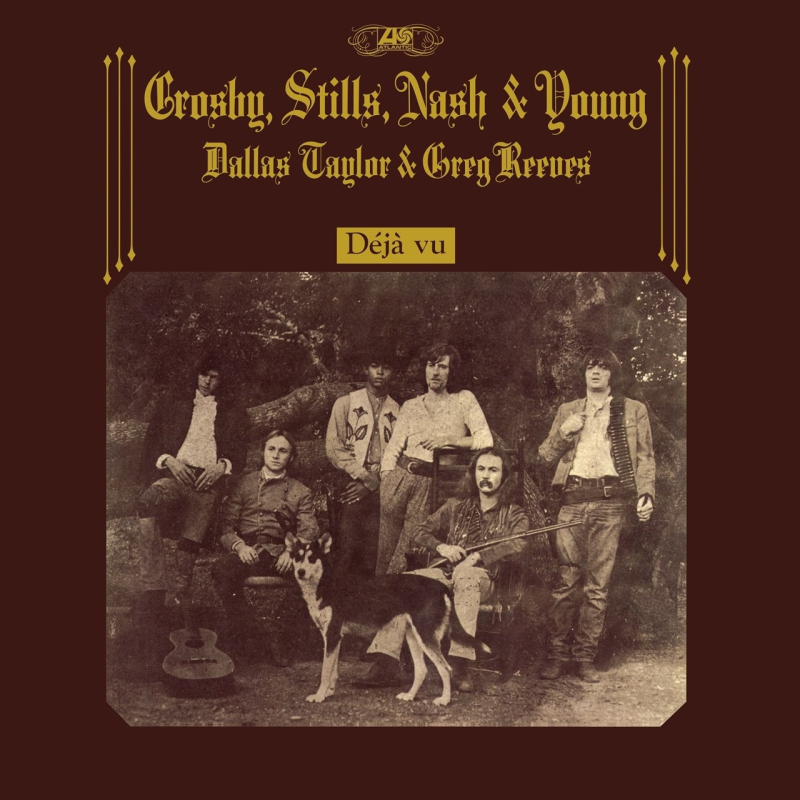 Crosby, Still & Nash - and in this case Young, when he is attached like an extra conservatory - were the last great act to make their way into my favourite rock acts.

I started as far back as 1992. My aunt Lila worked at WEA in Toronto and as a staff member was able to take home a  number of records at $1 each. She got me the Crosby, Stills & Nash box set and over the next 20 years at regular intervals I tried to fall in love. Nothing doing.

Eventually around 2012 something clicked. I got it and bought everything as my love of collecting does. I am talking solo albums and records of any combination.

As the bigger combination CS&N or CSN&Y have never equalled the first two records. I debate with myself whether the debut without Neil Young or this one where they let him join the band is the best. It is too close to call.

I was delighted though that they decided on this 50th Anniversary box and the format they chose. I came to this band in the days of CDs so it was a treat to have a reason to buy the vinyl. That they packaged the vinyl in a box set with 4 CDs and at a price that McCartneys, Lennons and Springsteens could learn from.

Deja Vu is everything the Crosby, Stills & Nash debut is with that added Neil Young’s earthy grit. Their symphony of harmonies that is their sound, is showcased immediately on the opening Carry On, written to be the Suite; Judy Blue Eyes of the debut. The breadth of styles and topics of songs is still there. Nash’s amazing love-caught-in-a-moment in Our House and social comment on Teach Your Children; Stills introspection on 4+20; Crosby’s hip anthem and political provocation Almost Cut my Hair.

You can add to this perhaps Neil Young’s finest song Helpless. When Crosby doubted inviting Young on board he heard him play this song and immediately was convinced. I have a personal love for it in that it is set in north Ontario where I have visited and my Uncle Bobby was laid to rest.

Above all of this we have maybe the finest song of the entire era, not written by any of the band. Joni Mitchell, the other half in Nash’s house, who pulled out of Woodstock to get TV exposure, stayed at home and wrote Woodstock. Like Our House, this is a song about a moment in time, one weekend, and into that space sprinkles political comment and spiritual search. It is the anthem of the generation and Stills was quick to ask permission and give it the CSN&Y stamp.

Young, was asked to join the band initially to beef up the live sound. He certainly gives an earthier edge to the album. The latter half of side 2 is heavily Young. It added another dimension for sure.

Even better in this box set is a fabulous array of extra tracks, alternative tracks, demos and out takes. It is a treasure trove, not at all fillers to up the price. Fewer from Young and more from Stills than the others but so many lovely touches. Joni singing with Nash on a version of Our House, demo of John Sebastian’s How Have You Been and Nash’s Sleep Song are just three highlights.