FIRST AID KIT - WHO BY FIRE; A LIVE TRIBUTE TO LEONARD COHEN 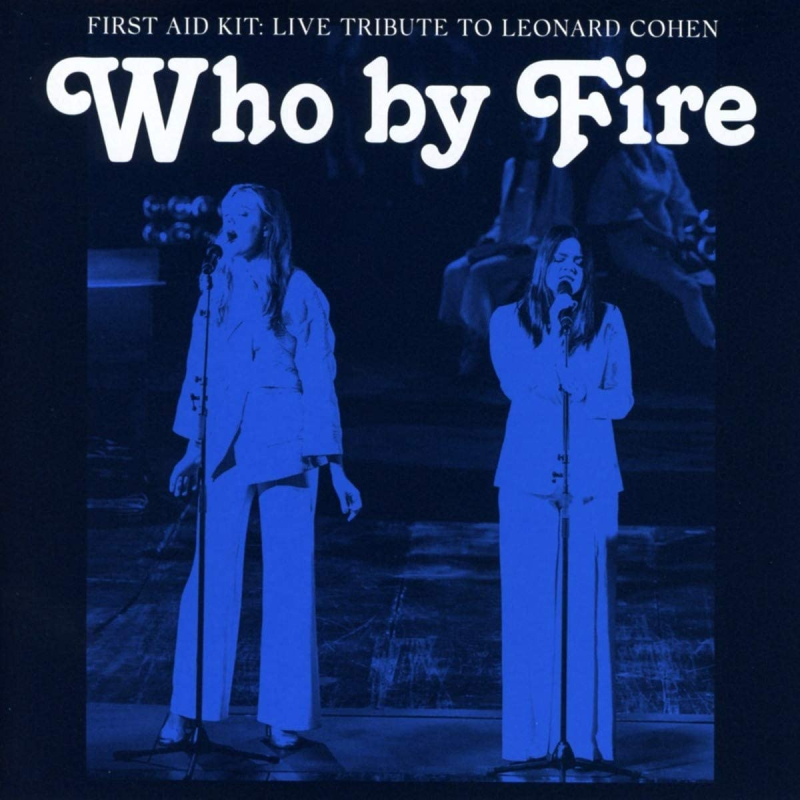 First Aid Kit doing Leonard Cohen. It is a tasty thought. The reality is even better. Don’t get any idea that the Söderberg sisters went into a studio and trotted out their folk pop harmonies on a few favourite Cohen songs.

That would have been worth a listen of course but this has more thought, craft and drama. What we have here is an evening at the theatre, Sweden’s Royal Dramatic Theatre in fact, where the sisters curate an evening of the Canadian sage’s poetry and songs and then invite actors and singers and musicians to put it together sublimely.

There is nothing lazy about the set list either. As well as songs they use poems from Cohen’s Book Of Longing. The interplay of poems with songs adds nuance and poignancy.

The spoken Prayer For Messiah’s before an acapella version of Bird On The Wire is for cathedral. Taking Cohen’s famous last letter to the dying Marianne and wrapping it around So Long Marianne. Oh my what a poignant farewell note. Gently and heartbreakingly sad with deep love and companionship for the journey off planet earth to some hoped for place down the road.

The musical choices add sweet surprise too. There has to be a sense of jeopardy these days for anyone who tries to take on Hallelujah. Here there is a delicate fragility, even as the music and vocals build - it does feel “broken and cold”.

There are deft touches elsewhere, adding just a dash of Anthem to Famous Blue Raincoat, a male voice to shift the spiritual lightsome on Show Me The Place. You Want It Darker into If It Be Your Will brings more depth of spiritual reflection. The Future with spoken word weeks out it’s prophetic breadth.