Home Archives Profile Subscribe
DAMIAN GORMAN - AS IF I CARED
WHERE ARE YOU DRIVING TO? 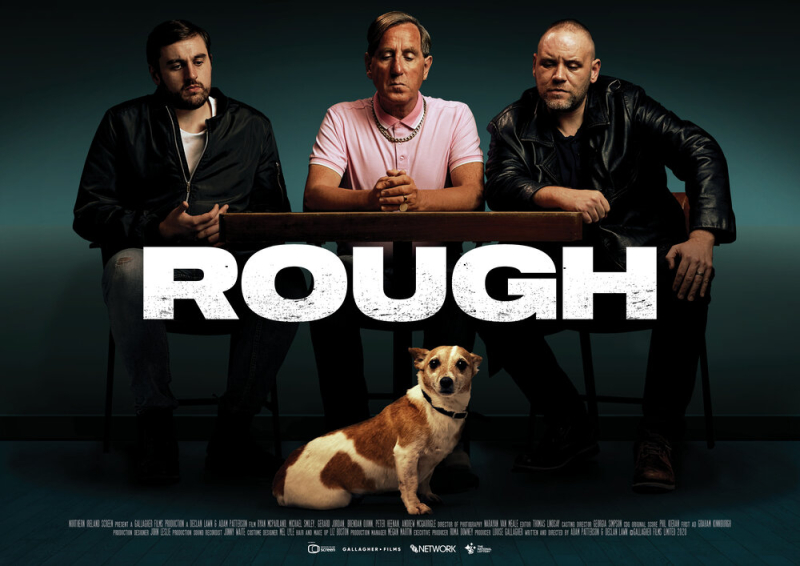 One thing about a ten year friendship with the ubiquitous Fr Martin Magill has me never surprised where he turns up. After the showing of the short film Rough the writer Declan Lawn explained how wonderful it was to be showing it at the 4 Corners Festival as Fr Martin Magill (who else?) had inspired the film.

Back in 2018 Fr Martin had sent out two tweets on the same Sunday evening. One was about a young man shot four times in his arms and legs. The Tweet got 18 engagements. The second Tweet was seeking help for a pigeon that he had found injured. The pigeon got 1350 engagements. Declan found this horrendous and phoned his mate Adam and Rough was born.

Rough is dark. It’s rough. There is horror and humour. The dog never ruffs though! There is also absurdity, poignancy, social critique and a prophetic edge. It lingers with you…

The idea that a dog, Buddy, would be up for a paramilitary beating seems far fetched but as Bunter, the paramilitary leader’s, cat has been killed we find a crazy kind of realism.

Sadly there is too much realism at play. These beatings are all too real in so called post conflict Belfast. Sometimes parents even bring their children to be “punished”. Yet in Rough we find hard tough men struggling to kill a dog but shooting young people in the knee and calf without a second thought.

A quote from Duncan Morrow suggests that we only shrug at these vicious beatings. What sort of society is that? Someone on the chat line, up the side of the Zoom panel discussion, spoke about living in a part of Belfast where the landlord admitted it was happening but without fuss and it was almost good security. Writer Declan Lawn, a former journalist, suggested it need to be further up the news schedule. I am left asking serious questions about our growing class divide. If these beatings were taking place in BT9 how much closer to front pages would they be?

The haunting question after the Zoom was turned off was what to do now. A shrug is not enough. This indictment on our society needs more engagement than Fr Martin’s Tweet received.

BUT… there was something else. In the midst of all the macho community bullying there was personal tenderness, compassion, forgiveness and Christlike sacrifice. Mucker loves his dog and does everything to save Buddy’s life. He actually at one stage offers himself in place of the dog, like an atonement. Christlike.

Having failed that attempt, before Buddy is executed Mucker gets on his knees and sensitively talks his wee dog into eternity, a better place than all this around them. It is beautiful.

The film ends with another spiritual twist. Jordan, another young victim of the neighbourhood bullies, comes to Bunter’s door. They share chat about their wounds like middle class young people might talk about Saturday’s Rugby injuries. Then Jordan tells Bunter that he killed the Bunter’s cat with his catapult. Mucker’s dog might have been actually trying to save the cat!

The half truths of hearsay back alley juries gets exposed. Now Mucker knows that the cast he is hobbling in and the pain beneath was all a result of someone else’s misdemeanour. Just as you wait for more anger, revenge and violence to be unleashed, maybe a crutch over Jordan’s head, Mucker tells him not to worry about it.

The real bravery; of confession and forgiveness. Now that’s what our city needs!