RACISM ON DONEGALL PASS - SIN AGAINST GOD AND HUMANITY 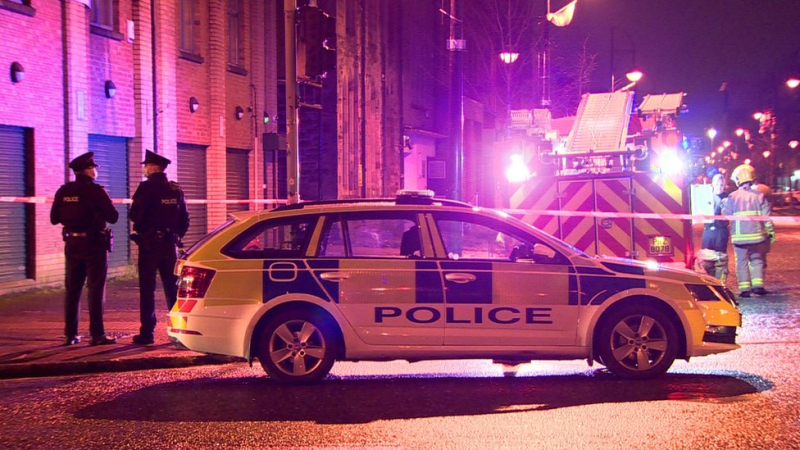 There was about a 15 minute period last night when I thought that it was our building on fire. I was tipped off on social media to a fire on Donegall Pass. We took the keys to the former School of Music just this week. The building had been given to the Belfast Education Authority back in the 1930s for use as a school. It had finally been returned.

I was a little relieved when I discovered that it wasn’t the School of Music but my relief was short lived as I realised that what was burning was the old Donegall Pass Presbyterian Church building at the end of the Pass. Donegall Pass Presbyterian joined Fitzroy in the early 70s. We still have members of that Church worshipping with us. To see the roof of that historical church burnt through is heartbreaking.

Yet there is a deeper ache. It would seem that the fire is being seen as a hate crime. This historic building was set on fire deliberately. It was currently being used by the Belfast Multi-Cultural Association (BMCA) with particular emphasis in these difficult times on feeding the community. It is hard to find words to respond to that. Blatant vicious racism in the heart of Belfast.

We are very aware of racism across the world. Since George Floyd’s murder last May in Minneapolis, Black Lives Matter has being making a mark across America and seeing English soccer players taking the knee before kick off is a weekly, nearly daily reminder of a campaign that needs all our support. Indeed it is hard to believe that over 50 years after the murder of Martin Luther King that this is still an issue.

Surely that is one of humanity’s very worst contemporary sins. Not only the sin of it happening as in the arson attack on a Multi Cultural Centre in Belfast but the sin of how it first began and the sin of how it has never been stamped out across human history.

Racism is a sin against God and humanity. God made humans in his own image and there is a preciousness about every single human being that Jesus revealed in his dying for the world - every nation. The culmination of all things as laid out in Revelation has every nation around God's throne.

Any contrived reading of The Bible that suggests other than this needs highlighted and discarded as the heresy that it is. It has been wonderful to see such action taking place in South Africa and the apology from the Dutch Reformed theologians for their hateful error.

Here in Northern Ireland we haven’t needed other races or colours to sin against God and humanity with our own inhumanity to one another. However our binary divisions have held back work on how we treat other races and welcome them into the fabric of our society.

The 2021 4 Corners Festival has decided that we as a festival can wait no longer.

On Wednesday February 3rd we will be holding an event called Building Breathing Room For Diversity with:

Adriana Morvaiová, chair of the Diversity and Inclusion Council and founder of Appreciating Cultural Exchange (ACE);

They will address questions such as how the churches here have contributed to the conversation around race and racism; whether race-informed power structures are at play in the churches and what ecclesial inclusion look like.

Last night’s events in a building with a history linked so closely to Fitzroy highlights the importance of such an evening. Please join us in challenging racism in our city.