Home Archives Profile Subscribe
A WINTER PICK ME UP - KEEP MOVING
WHEN NEW IS NOT REALLY NEW... YET!

ME ON JONI MITCHELL ON MAGDALENE LAUNDRIES 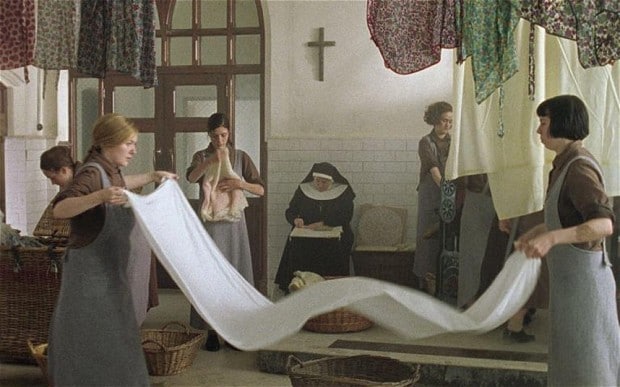 This week Ireland is thrown into another Church scandal. Or perhaps more  findings about scandal that we already knew about. We are heartbroken and horrified at the thought of 9000 babies and children dying in the twentieth century in mother and baby homes run by Catholic nuns for unmarried mothers and their babies.

These homes were first brought to my attention in the mid 90s by Joni Mitchell and her song Magdalene Laundries. Here is what I wrote about Joni's song in the context of her other spiritual songs in my book The Rock Cries Out...

It seems that one morning in the early 90s, with a cheerier tune at her disposal, Joni Mitchell picked up the Toronto Star at the grocery store. In it, she read about an Irish scandal of how the selling of a property of the Sisters Of Charity in north Dublin unearthed 133 bodies of the “fallen women” who were sent to Convent Laundries for sexual misdemeanours. Mitchell wrote Magdelene Laundries and, to give the song an Irish context, she first recorded it with the Irish traditional band The Chieftains on their 1999 release Tears Of Stone.

The song points out the same fundamental flaw as another Joni Mitchell song Tax Free did for the Televangelists. It is the seeming hypocrisy – “Why do they call this heartless place/Our Lady of Charity” she sings before a painful shrugged chortle proceeds a repeat of the ironic “charity”. That Mitchell is not dismissing Jesus with the abhorrence carried out in his name is heard later when she goes on, “These bloodless brides of Jesus/If they had just once glimpsed their groom/Then they’d know, and they’d drop the stones/concealed behind their rosaries.”

Years later a movie about the Laundries, Magdalene Sisters, would be released. In an interview with director Peter Mullan for BBC Northern Ireland Ralph McLean asked Mullan how such things could have happened. Mullan had asked a nun involved in the Laundries the very same question and she answered “an absence of doubt.”

For many believers doubt is treated with suspicion but the Sister had put her finger on a great truth. When humans take the strength of their belief and ease it across the thin line to absolute knowledge then arrogance can lead to all kinds of things being done in the name of God. Mystery is what saves us from such abuses as Mitchell is highlighting. As the apostle Paul reminds us in a chapter that Mitchell had used in her song Love “we see but through a glass darkly.”

The mistake of believing that we can see any clearer can have repugnant results. Nations can invade nations, Churches can exclude those who do not think like them, individuals can treat their neighbours in the most dismissive, judgemental and damaging ways. A look back at Slouching Towards Bethlehem finds Mitchell summing it up thus; “The best lack conviction/Given some time to think/And the worst are full of passion/Without mercy.”

Joni Mitchell’s repugnance with things carried out by the orthodox Churches, masquerading as in the name of God, never completely unravelled a conversion experience that she talked about three decades before she wrote Magdalene Laundries? In a Mojo interview with Barney Hoskins in 1994 she talks about the difficult life she has had. It is easy to overlook a life that was struck down early by polio, had to give up a daughter for adoption, experienced a miscarriage as well as the usual romantic heartache. She is not looking for special attention. She says, “I have had a difficult life as most people have…a life of very good luck and very bad luck…but I don’t think I’ve ever become faithless; I’ve never been an atheist, although I can’t say what orthodoxy I belong to.”

The visions and dreams of her early song Woodstock are far from lost in Mitchell’s later work. Passion Play from the album, Night Ride Home, is a song of gospel story and gospel truth. Mary Magdalene is “trembling and gleaming,” getting better press than she would an album later in Magdalene Laundries and Zaccheus is “a sinner of some position.” To those in need comes redemption and a heart healer.

The Messiah arrives into a world that is “divinely barren and wickedly wise” and from the context it can only be Jesus Christ, “Enter the multitudes/The walking wounded/They come to this diver/Of the heart/Of the multitudes/They kingdom come/Thy will be done.” In looking hard for the kingdom, Mitchell is taking another look back to the garden and the chorus is “who’re you gonna get to do your dirty work/When all the slaves are free?” The Kingdom that Jesus came to bring is a future day but it will take us back to our original intentions in that garden where we were stardust and golden.