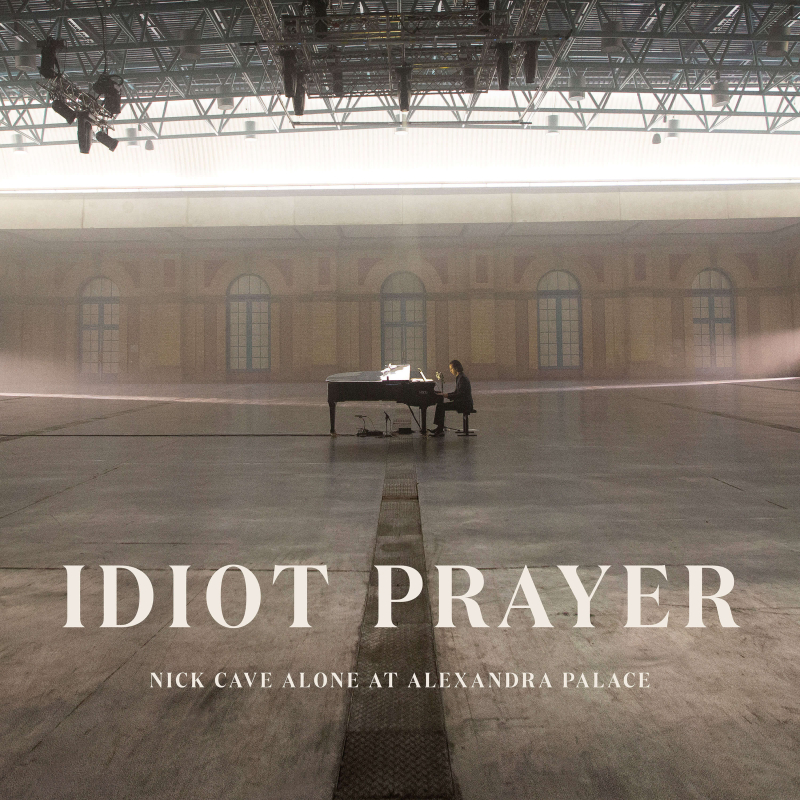 Coronavirus has hit the arts hard. No live concerts, theatre, book readings etc. Yet, there have been a few silver linings. This is a blinding one.

It seems that to stream to his fans, as many artists have been doing, Nick Cave went into Alexandra Palace with just a grand piano and played these 22 songs.

If Nick Cave had phoned me and asked me to describe an album I would love him to make then album would have been as close as my answer could have got. Oh I might have liked a few more songs from Ghosteen and  certainly There Is A Kingdom from the already too strongly represented Boatman’s Call but this is my kind of Nick Cave.

I was never a big fan of the post Jonny Rotten type Nick Cave who sneered out of Australia fronting The Birthday Party but as over these years he has metamorphosed into some kind of post Leonard Cohen on a Brighton beach I have grown more and more of a fan.

Alone at Alexandra Palace is Cave taking the very mantle of Cohen. The darkness with the cracks that let the light in. That voice, the poetry and the juxtaposition of religion and the dark side.

Of course Cave’s life and art has been cathartic in these last few years as he has dealt with the tragic death of his teenage son in a falling accident. The new track here Euthanasia is a beautiful song about loss and finding.

Everybody will have a different favourite. The aforementioned Euthanasia is probably mine along with Waiting For You, Higgs Boson Blues, Jubilee Street and Into My Arms that I have been singing over and over since the first listen. What is best of all is that it is a best of Cave with all the songs taken out of their eclectic forms and set in the same organic and stripped back soundscape.

Idiot Prayer is a song for Coronavirus Times as is this entire endeavour. Songs from past times become a collection for a particular time in songs for all time.