Home Archives Profile Subscribe
YOU ARE WHAT YOU LOVE... NOT WHAT YOU BELIEVE
YOUR LAST RESORT (for Janice) 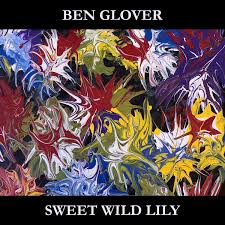 I remember it so vividly. It was a hot June evening in Nashville back in 1998. I came out of my friend Gar Seeger’s house and as we walked to the car I was astounded in wonder at the fireflies. Not many of those bopping off County Antrim lawns.

My fellow County Antrim man Ben Glover must have seen many a firefly display since he moved to Nashville to write songs a number of years ago. Yet, perhaps it was a display during Covid-19 that awakened Glover to enough wonder for a song.

“All life’s a dance between the joy and the hurt” sings Glover and Fireflies Dancing is more about the chinks of light and love and carrying each other. There’s a wee thread of John Prine, who the Nashville songwriting community mourned recently and who featured on Captain’s Song (Sorley Boy) from Ben’s other band The Orphan Brigade’s album To The Edge Of The World.

The setting of that Orphan Brigade song is Glenarm Bay and I did notice that there is more ocean in Glover’s songs than the average Nashville writer. Sweet Wild Lily has waves too. Lily could be a buddy of Glover’s other character Carla Boone. Lily is a girl on the outside, a little lost and looking for a place to belong. Ben always bring a compassion to his writing that gives human beings like Lily their rightful holiness.

The other two songs on the Ep are older co-writes. Arguing With Ghosts should be familiar to those who know their Nashville songwriters. Written along with Gretchen Peters and Matraca Berg, Peters version appeared on her 2018 record Dancing with The Beast. It deals with the loss of the familiar.

Broke Down was another Peters collaboration, a song that has been sitting around for 7 years but Glover says that he finally found the right musical clothes to dress it in. It’s a song that you can almost watch being written on those long American highways between gigs. A song of disorientation and loss, like the opposite of By The Time I Get To Phoenix. He’s travelling. She’s left.

The Sweet Wild Lily EP is a treat. Glover had no intentions of releasing music in 2020 but lockdown upped the muse and the time to act on it. He’s self produced for the first time and with Colm McClean’s guitar playing they have discovered something fresh. Laurel Canyon Americana Ben describes it.

For me Ben Glover’s writing gets better and better. That voice matures. The poetry gets more evocative. If you love the art of the song…