WITCHES AND GHOULS - KEEPING OUR STREET SAFE FOR HALLOWEEN 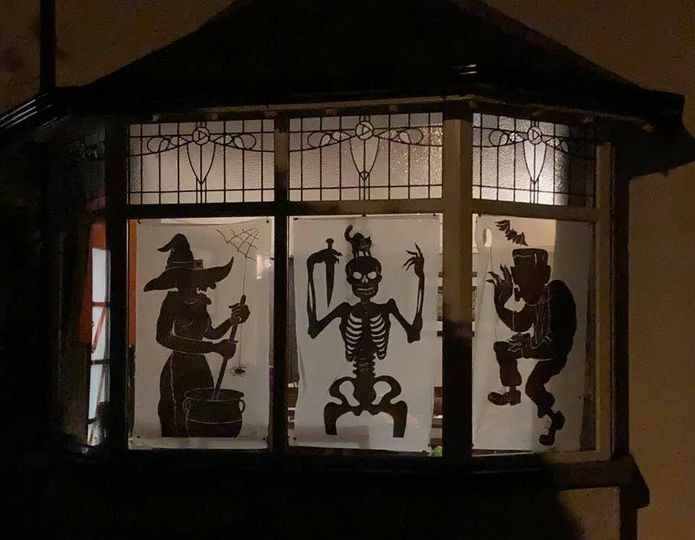 So many of our immediate neighbours have young children. in about 13 years the teenage parties will be loud! This year they have gotten to that age where Halloween has become important. Our walk with Jed late at night has become like walk through haunted houses. The webs (spiders not worldwide) covering hedges, a massive spider on a gate, the pictures in windows and… yes… moving pictures projected on the house.

As I walk I ponder. Is this not all that I have been trying to say in my annual Halloween blog these past few years? As I look in at these houses I feel that their decorations of witches and ghouls will scare all evil things away!

As a diligent young Christian I stayed away from all things Halloween but the arrival of two daughters made me have to think again. They enjoyed the dressing up. How was I going to deal with it?

It wasn’t long before I took a more measured approach.

My children were always imagining and dressing up, they were often reading stories of fairies and ghosts and witches including CS Lewis’s Narnia Chronicles. Then there were all those games like Ring-a-Ring-a-Rosies  and rhymes like Rock-a-Bye-Baby based on some pretty dark themes.

When I caught my then three year old daughter rhyming about catching an old man by the left leg and throwing him down the stairs, and showed some alarm, she said incredulously “it is only a rhyme daddy!”

Yet I still surmised. In my surmising I did some research and discovered that the reason for costumes may not have been about aligning yourself with demons and the dark side but actually about Christians protecting themselves from the dark side. The costumes may have been disguises to navigate a way through times of heightened evil presence.

Perhaps once again Christianity has twisted the meaning of things with our lack of research, imagination and understanding. Sensationalist negativity has often been one of our weaknesses.

It all took me back to Bono, CS Lewis and Martin Luther... as it does! When Bono dressed up as the devil, on the Zoo TV period of U2, Christians circled the wagons for another cheap pop at his faith.

In my book Walk On; The Spiritual Journey of U2 I pointed out that when asked, by a fan dancing with him on stage in his McPhisto outfit, if he was still a believer he answered her by asking if she’d ever read the Screwtape Letters by CS Lewis... and the penny dropped.

Another Christian author Os Guinness once wrote, Christians would die rather think. In fact most do." So, for that huge audience of thoughtless Christians, Bono slipped that CS Lewis book into the video for the Batman soundtrack U2 song Hold Me, Thrill Me, Kiss Me as if to reveal his cunning strategy.

As well as the verse in James, Lewis seems to have been recounting what Reformer Martin Luther once wrote, "The best way to drive out the devil, if he will not yield to texts of scripture, is to jeer and flout him, for he cannot bear scorn."

Fascinating stuff. Enough to surmise that these haunted houses I walk by every evening are not celebrations of evil but quite the reverse. Mock the devil and he will flee from you. With wonderful imagination... all is very safe on our street! 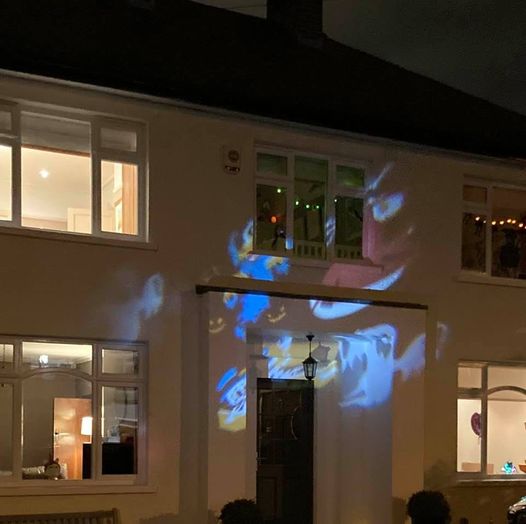