Home Archives Profile Subscribe
IS JESUS PLAYING HARD TO GET? OR...
WHERE IS GOD? (HOVERING) 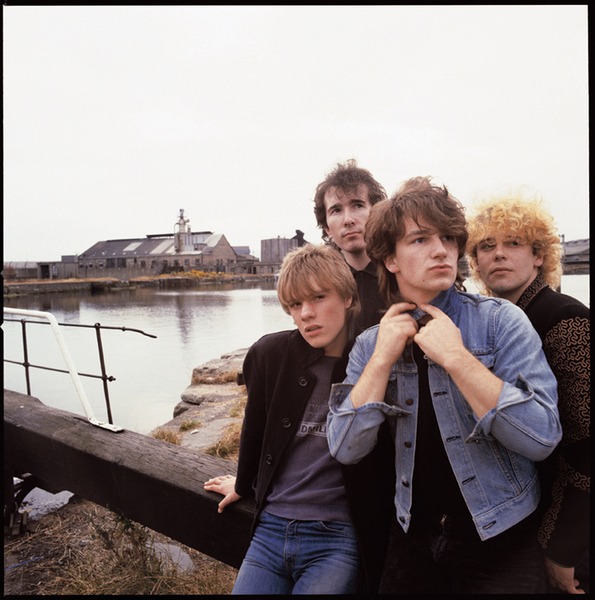 The title track of U2's second album might be their first moment of controlled and crafted genius, Edge’s piano changes the band’s soundscape entirely and brings to the early catalogue a song that is sophisticated, economical and deep; Eno before Eno!

Christian hymn writers have often used few words for impact – Taize would be a good example – but it is more likely that Bono, with his lyric boos stolen and the album deadline pending, simply didn’t have the time to elaborate. However, what might be nothing more than a sketch at the time begins to feel perfectly complete as the time goes by.

October is a haunting piece that sits in the vortex of change and a change that is not a welcome. Bono often speaks of having the title first and of thinking that the hopeful spring of the sixties had given way to a colder, bleaker time in 1981.

As well as that global vortex of change the band were in their own personal vortex. Camped out with the Shalom Christian community on Portrane beach just north of Dublin, Edge and Bono were wrestling with rock stardom or not; was it compatible with the intensity of their Christian commitment. The trees were bare in their own souls and it worked its way into this piece of lament.

Holed up in a caravan, fasting, praying and reading the Bible it was inevitable that Scripture would creep into the creative process. October is very much in the lament tradition of the Psalms or other Old Testament books, that would find their way into their next album War. October is Psalm-like while 40 on War would be an actual Psalm.

Isaiah would feature a couple of times on that follow up album too. In October’s lament comes hope; in the midst of tossed about confusion comes truth; in the midst of negative change comes the constant to be trusted in.

This song is more relevant today than it was when it was written. We live in days when the next news broadcast actually changes what we can and cannot do. Never in my lifetime have we known such uncertainty. Everything is in a state of flux. There is mental anxiety from living in isolation and the fear that we might be locked down again any minute. The economy is fragile. Jobs are being lost. Even church is strange, if meeting in the traditional way at all.

In the middle of all the fragility and fear and perhaps the danger of loss of hope  the Old Testament prophets, writers of the Psalms, and it seems U2, proclaim that God doesn’t change. The seasons do, the pandemics of history do but God... “you go on and on.”

Thanks Steve for reminding the message of October! Words and music that are timeless! We need this message on and on. Jan Vierhout