TOM PETTY - WILDFLOWERS & ALL THE REST 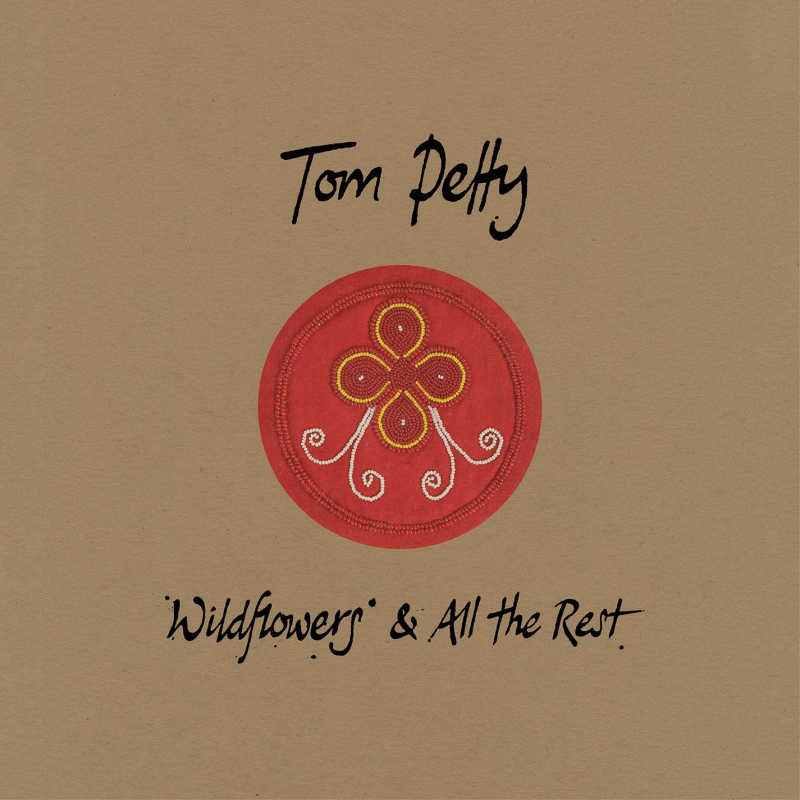 A few days into listening across the 4CD set that is Tom Petty’s remastered and reconfigured Wildflowers & All The Rest record and I am wondering if my favourite 3 Petty albums are right here in the one package!

In 1988 I had heard rumours that Tom Petty was doing a side project without the Heartbreakers. I loved the Heartbreakers but I had this wee desire for a stripped back acoustic songwriter record. Much as I loved Full Moon Fever when it eventually appeared but it was different than I dreamed.

As I listened to the All The Rest vinyl disc from Wildflowers & All The Rest I began to think that this was what I had wanted. Something Could Happen, Hope You Never and Hung Over and Overdue. It is not just Petty and an acoustic guitar but this is a raw honed songwriting that I don’t find anywhere in a Tom Petty catalogue that I love the vast majority of.

There is something special about Wildflowers. I do love Full Moon Fever and actually when Jeff Lynne came back on board for Highway Companion I loved that too but Rick Rubin did something for Petty’s craft and muse.

Apparently Rubin sent Petty away to listen to The Beatles Esher Sessions. These were the post Rishikesh songs that the band demoed at George Harrison’s house. As a result of their origins in India they were very acoustical based and that acoustic sound is all over the Wildflowers songs, particularly the ones that the band didn’t get as much time with.

Sometimes with artists with such longevity as Petty I find that some records found more traction than others, not because of the quality of the record but because of where my life or listening was just then. For me Long After Dark was somehow more a favourite than Wildflowers which is in retrospect is without Petty’s finest moment, even Petty himself agreed.

Whatever circumstances in my life (moving city and job maybe) that caused me not to connect with Wildflowers in 1994 is all for my benefit now. Oh I knew the songs - You Don’t Know How It Feels, You Wreck Me, the title track - I just didn’t know the entire record. So, now I am discovering my favourite Tom Petty record 25 years later than I should have.

As if to help me do it, Petty’s daughter has gifted us all the original Wildflowers record with 10 tracks All The Rest that should have been on it. I would love to have heard Petty's 1994 sequencing but hey. Then... there's more... another CD full of home recordings. After a listen to those Home Recordings I am actually thinking that the deluxe box set of Wildflowers now holds my favourite 3 Tom Petty records.

These Home Recordings are not flimsy, half recorded sketches of songs we hear on the actual record. They are complete. They are of a high quality. That acoustic record I had longed for. Here it is. The harmonica on Only A Broken Heart and the piano on Wake Up Time remind me of Neil Young’s Harvest. Yet, the entire batch has its Beatles’ moments. Petty’s voice is totally committed and never so vulnerable.

Then there is a live CD that brings it to Heartbreakers-ville. Oh yes, they all play on the actual Wildflowers record but when these guys took songs onto a stage they brought different incarnations, more jammed out, improvised, soul filled.

My only annoyance is the delivery of this treasure trove. Double Cd. Triple LP. 4 CDs. 7 vinyl discs. 5 CD set. 9 vinyl discs and even an ultra deluxe version of the 9 vinyl.

This is the artist who is renowned and revered for challenging the price of an album back in the early 80s because he thought it might price fans out. Now he has his name to packages at $250 and $500. Come on.

Now, I know that Adria Petty has been meticulous in the packaging, which in every format is detailed and delicious, but as a big fan who has bought all Petty’s albums some on both CD and vinyl I would like all of his stuff and I cannot justify paying $100 for one extra CD for the 5CDs. If I did spend that money I couldn’t support other artists by being able to invest in their work. It is time to rethink these deluxe editions.

Having said all of that, this is as good as box sets get. I cannot get enough of it. I’ve waited 32 years for these records. They are utterly wonderful.