HOW U2'S ALL THAT YOU CAN'T LEAVE BEHIND CHANGED MY LIFE 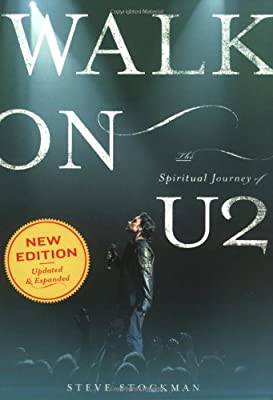 (It is the 20th Anniversary of U2's All That You Can't Leave Behind. here is why I am particularly fond of that record. This blog is more autobiographical for my own records. If you enjoy it then it is a bonus...)

During the year 2001 I was writing a book about U2. At that time Relevant Media were considering publishing books and somehow they asked me to write one on U2.

As I was writing the book during 2000 it was probably only a Christian audience who might have been interested a book on U2. Oh they were still big but the Pop record and Popmart Tour had seen a little lull. As Bono would say at the early gigs after All That You Can’t Leave Behind came out, they were trying to get back to being the best band in the world.

In 2000 they weren’t BUT Christians were still fascinated by the band’s faith. Did they still have one? Where was it in the songs?

I actually received two emails in one week. A guy I had never heard of from Relevant asked me what was on my heart? Another guy gave off about an article I had written about U2 that he had found on my website. He said they no Christian faith at all.

I was intrigued by that first email. Enraged by the second. Having sussed that Relevant might be going into publishing, I answered the first by sending an email that read, “What do you mean? Are you thinking about a book?” I then started jotting down an answer to the second email and said to Janice, “Someone needs to write a book about the theology of U2. Like an apologetic.”

Well, the answer back from Relevant was that they were thinking of a book - had I ever thought of writing a book on U2?! Come on! I sent them the thoughts I had shared with Janice and that was that. I wonder if they thought I was Steve Turner? Maybe?

Anyway, as I got on with the book, U2 released the lead single Beautiful Day. Sales soared. I even had a daughter jasmine born on the day that song went to number 1 in the UK. When All That You Can’t Leave Behind came out to much fanfare the band were suddenly on the up. Then the Elevation Tour sent them even higher.

By the time Walk On; The Spiritual Journey Of U2 came out we were in a unique situation. Some might call it luck, others might define it as providence! No one had considered this resurrection of U2’s popularity. Certainly no publishers. As a result Relevant’s book with this unknown Irishman was all the fans had. Press U2 into your books search on Amazon in 2001 and Steve Stockman was what came up.

At one stage we were actually in the Amazon Top 100 books. Relevant did a great job too and soon Walk On was displayed on every book table in every major Record and Bookstore across America. We were suddenly being translated into many languages.

The book opened up my life, way beyond Belfast. I was suddenly flying to America, first of all to speak at The Cathedral of  The Advent in Birmingham, Alabama and then at the first Festival Of Faith and Music at Calvin College in Grand Rapids, Michigan. I am thankful to Paul Zahl and Kenneth Heffner respectively.

As a result of those invitations, by two men who got my desire to unpack the spirituality of rock music, I have been going on little tours to America ever since, speaking at Universities and Churches. I even had the privilege of being Writer in Residence at Regent College, Vancouver. I have met many dear friends as a result.

Walk On also opened up opportunities in the wider world. I was on a panel about faith and music chaired by Melvyn Bragg in his famous South Bank studio. I was interviewed on Sky News after U2 won 5 awards at the 2006 Grammies. I got to narrate a radio documentary on BBC Radio Ulster on U2’s 1987 Joshua Tree Tour concert at The Kings Hall in Belfast.

I always say that many many people could have written Walk On. I  got the privilege to write it for a community of us. I also think that without the quality and radio friendliness of All That You Can’t Leave Behind and the Elevation Tour that followed it the book might not have been the success it was. However, perhaps Relevant Books’s foresightedness deserves recognition too.

Whatever I consider myself so blessed for this particular chapter in my life and am very thankful for the role that all That You can't Leave Behind played in it.

Thanks Steve, also here in the Netherlands we used your book a lot in our preparations for the U2 retreats. It's one of my favourite books about U2 and Christiany. And I really hope you will write a new U2 book about Songs of Innocence to Experience!