SUZANNE VEGA - AN EVENING OF NEW YORK SONGS AND STORIES 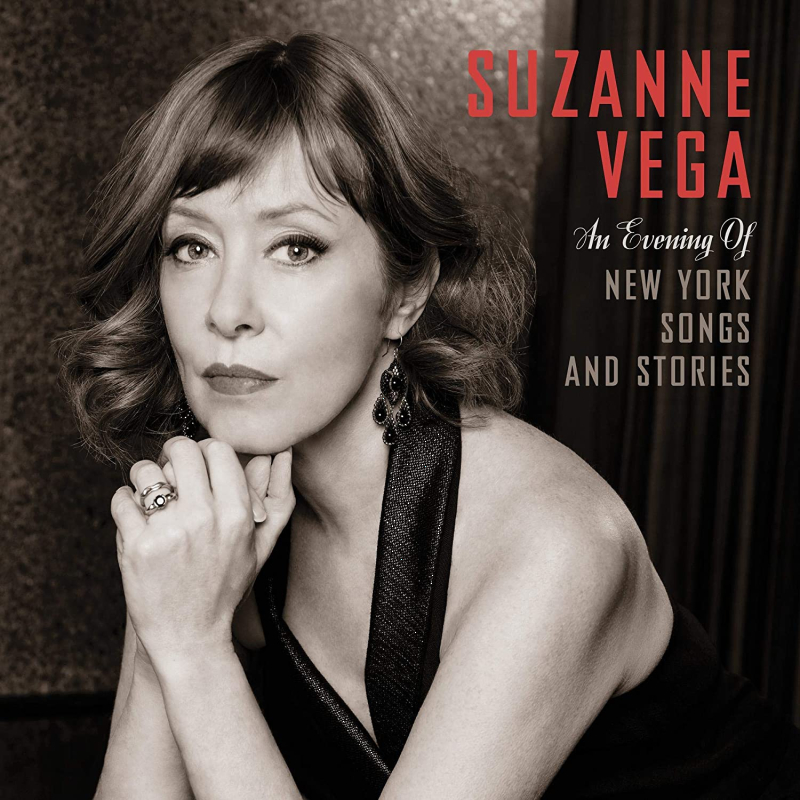 It is hard to believe that music buyers in the mid 80s had such artistic taste that Suzanne Vega could have been a superstar. Her eponymous debut and Solitude Standing came at a time when the songwriter was back and Marlena On the Wall, Small Blue Thing, Left of Centre, Luka and Tom’s Diner some of them as double 7” and 10” vinyl singles gave her a celebrity status she had never imagined.

Though the significant album and singles sales decreased and Vega claims she could stand outside the window of a record store with her album in the window without being recognised the quality of her art has never wained. Check out the songs on her Tales From The Realm of the Queen Of Pentacles. It is still wonderful writing.

A lazy criticism of her last decade might be that Vega has milked her early years with her four CD Close Up series of reworked songs and a live concert of her most popular record Solitude Standing. Here’s another live record stacked with the hits.

However, Vega is never lazy with how she packages these older songs. This is very evident indeed in An Evening of New York Songs and Stories. One night at New York’s Cafe Carlyle with three players behind her Vega uses her songs almost like a play that takes us onto the very streets New York City.

We’re inside a flat on Marlena On The Wall, we’re in the stairwell on Luka, we are on Ludlow Street itself and into playgrounds on Freeze Tag. Then there are her critiques on New York New York Is A Woman and New York Is My Destination, the latter from her album about Southern gothic novelist Carson McCullers.

She adds a few lovely touch introductions and this is a resounding successful evening made album. Vega at her best, throwing songs from every era of her career, making them all better by the specific gathering.