THE BELFAST STREETS OF VAN MORRISON 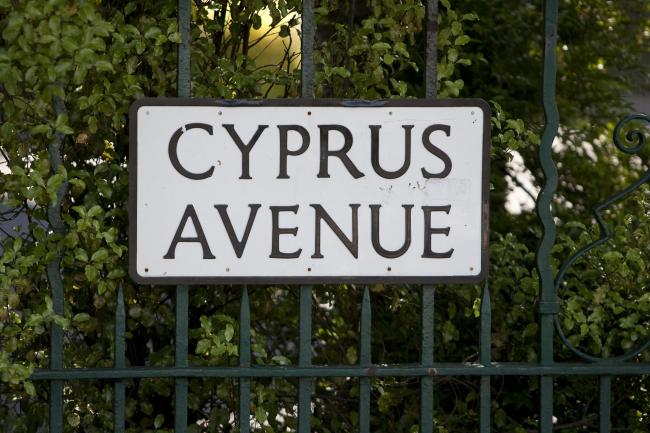 As a music fan I have imagine romantically about the places referred to in the work of Springsteen, Dylan, Joni Mitchell and Paul Simon among a plethora of others, though a cancelled flight at Newark airport took me onto Simon’s New Jersey turnpike and the reality wasn’t too exciting! Belfast is blessed with our own contemporary music name place dropper Van Morrison. No matter where you go in the world someone has heard of Cypress Avenue. As a Presbyterian minister I used to think I would be called to the Church with the Cypress Avenue street sign outside. It never happened! Then a day or two before I was installed as the minister of Fitzroy I was listening to Madame George and there it was, “Ford and Fitzroy”. Confirmed!

In his poem/song Hyndford Street Morrison travels to Fuscos in Holywood for Ice Cream, name checks Beechie River, Abetta Parade, Orangefield, St. Donard's Church comes down from the Castlereagh Hills through Cregagh Glens, “to Hyndford Street, feeling wondrous and lit up inside/With a sense of everlasting life..." It is what Morrison has been doing since that iconic first solo record Astral Weeks, finding transcendence in the everyday familiar. In what he does and how he does it he is heading back past Irish poets like Kavanagh and Yeats to the Celtic Christianity centuries before; revealing the extraordinary in the everyday ordinary.

Morrison’s Astral Weeks is mentioned in the same breath as Sgt Peppers’ Lonely Hearts Club Band as maybe the best record of all time and where The Beatles in 1967 were singing about places in their native Liverpool, Penny Lane and Strawberry Fields, Morrison created Astral Weeks’ incredible piece of poetry and sound, vast and magical, from a tiny house in a gray and claustrophobic little street in East Belfast. Though it would take him a few decades to name Hyndford Street specifically, Astral Weeks gives us Cypress Avenue, Fitzroy and Sandy Row.

Through the years Morrison has added many other spaces and icons to his catalogue of Belfast memories. Cherry Valley in the aforementioned Hyndford Street, the Orangefield of his school days appears on Got To Go Back from No Method No Guru No Teacher and then gets an entire songs called Orangefield on Avalon Sunset. In the title track of Sense of Wonder, a song in which Van sees himself as a bringer of a firey vision he is finding wonder in Gransha, Ballystockart Road, the Castle Picturehouse on the Castlereagh Road and the man who played the saw outside the City Hall. There are also mentions for pastie
suppers down at Davy's Chipper, gravy rings, barnbracks, wagon wheels and snowballs, all vivid and vital memories for Morrison himself and many of us who have called this city home.

I had one of these magical moments at a concert in Vancouver where a Canadian singer encored with Morrison’s Into The Mystic. There are no specific place names in this song but when he sang about hearing of the fog horn blow and knowing that it meant he would be coming home I was on Belfast’s Lough and tears started to seep. Thank you Van Morrison for giving our city streets a wonder that resonates in our own souls and across the world.