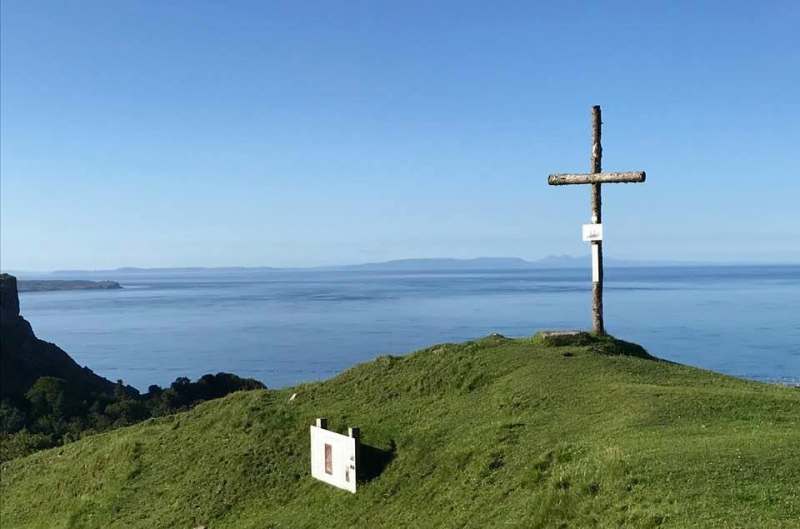 A knight of the British realm

For the injustice he called out in developing lands

But against the Easter Rising

Executed in a British jail

He wanted buried in Murlough Bay

But sadly the British never allowed it

As I stopped at a monument and read his story

I walked on and surmised this poem...

When summer drops in, in its brevity

We make a dash down to Murlough Bay

There’s a cross in the middle of the horizon

On the panorama across Jura and Islay

Redemption in the centre of creation

Holding all the suffering of the fall

Some peer through this glass darkly

Others pretend that they know it all

Let us not use our fallible pretension

To divvy up the sin of our arrogance

Let us listen to the other for the learning

And give the kingdom of peace a chance

Beyond our ideas of right and wrong

There where love is all that’s remaining