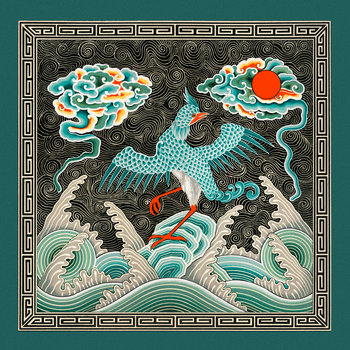 This is sublime. Discovering it through the pages of Dig With It magazine I was totally enraptured from the opening verse of Arbor Bird, a Simon Garfunkel for 2020.

Derry’s Chris McConaghy the soul behind Our Krypton Son writes crafted songs that recall a number of names in that genre but then they have these sprinkles of musical imagination scattered across them. The orchestration is so downplayed and utterly perfectly placed throughout.

You can tell that fellow Derry man Ryan Vail is in the production chair. I love everything Vail does but particularly when he casts his musical imagination across the traditional song. Just enough edgy sounds, never enough to lose the song but just enough to take off the predicable. Bon Iver take note.

He works perfectly alongside McConaghy. On White Sun there’s a wee echo of Vail’s Borders project, his other collaboration with a Derry songwriter with weird names - Elma Orchesktra or Best Boy Grip, actually Eoin O’Callaghan. A few Vail like beats, more gentle than on Borders, give I Want No Part In The Jamboree the most drive on the record but don't think dance floor!

Lonely in the Heart is acoustically picked and again highlighted with lush harmonies. It is yearningly haunting with a break in the voice at “lonely is the heart that prays”. Utterly beautiful. I could see a film played on a big screen during I'm A Field In Winter

Modern Ruins reminded me of what David Kitt was doing to Dublin 20 years ago or John Martyn’s Small Hours was doing in Glasgow 25 years before that. Our Krypton Son has created a late night chill out record of quality songs, ethereal arrangements and heart and soul lyrics. Is there no bottom to the the fresh well of music being drawn out of the Maiden city just now?