Home Archives Profile Subscribe
WERE THESE MY BEST DAYS (CORONAVIRUS TIMES)
LIGHT FROM ROCK MUSIC VOL 3 - U2; DON'T LET IT GO OUT 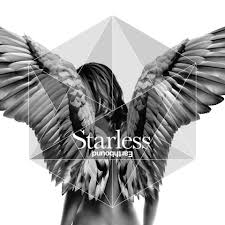 This has been my biggest pleasant surprise of the year. I cannot even remember how I came across it. I am now absorbed in it.

In the late 80s and early 90s I was Glasgow-centric in my music loves. I mean Deacon Blue. Aztec Camera, Lloyd Cole and the Commotions, The Big Dish, The Bathers, Bloomsday, Friends Again, Hipsway, The Pearlfishers, Lies Damned Lies and Big Sur. It was a astonishing time and a lot of it seemed to fall away in the mid 90s.

Paul McGeechan fell away. He was in both Friends Again and Love and Money but got more involved in engineering and production.

Finding Starless and discovering McGeechan had new music out had me scuttling off to listen. When I did it was even better than I could have imagined. Not the singer in Friends Again or Love and Money, McGeechan has used The Bathers’ Chris Thompson, The Big Dish’s Steven Lindsay and Hipsway’s Grahame Skinner as well as Julie Fowlis, The Delgados’ Emma Pollock and Jerry Burns.

I was particularly delighted with Burns. Her Columbia debut in 1992 suggested she’d be huge but like Canadian Mary Margaret O’Hara she seemed to disappear but for a guest spot on a Craig Armstrong album.

I guess a good comparison to this Starless project would be Peter Gabriel’s Ovo where he was the sonic shaper but used the likes of Blue Nile’s Paul Buchanan (who sang on the first Starless record) and other for vocalists..

After all that I should finally get to the record. It is ambitious in its breath and depth. The singers aforementioned and their co-written songs get laid over with McGeechan’s piano and the Prague Philharmonic Orchestra add a dramatic warmth. Then McGeechan adds the sound of the sea lapping shores of Scottish Islands and a dollop of Scottish Gaelic with Julie Fowlis and Karliene giving ethereal celtic vocals to the song and a sense of land and sea and sky to the theme..

It is no surprise that over all it sits snugly beside The Bathers and late Love and Money. I particularly love Chris Thomson and Steven Lindsay’s contributions, the former coming on as a Glaswegian Nick Cave on Calvary and the latter’s new version of Breakdown originally on his second solo album Kite.

Earthbound is a very gorgeous piece of work. It is the second album in a trilogy. I am excited to discover the first one and cannot wait for the third. I also have my Bathers’, Big Dish, Love and Money and Jerry Burns records back out and have discovered one or two records that even the eagle eyed me have missed.

The sweetest surprise that has prised open a treasure trove!