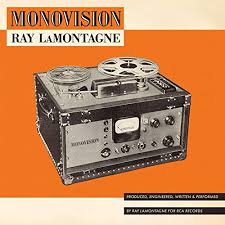 After a few albums where he has experimented with his sound, using producers such as Dan Auerbach from The Black Keys and Jim James from My Morning Jacket, Ray LaMontagne has gone back to basics and not only produced Monovision but played everything on it. I have enjoyed those last three records but this one might be his best of all.

As well as going back to basics LaMontagne goes back to the early 70s for his influence. Strong Enough is all Creedence Clearwater, Summer Clouds could be Joni Mitchell and Misty Morning Rain is Van Morrison circa Tupelo Honey. Right across the album are echoes of Neil Young, that lonesome harmonica and rustic strum of the Comes A Time record.

Everything here is pastoral in the sense of land and sky but also pastoral in how we might get ourselves through Coronavirus Times. We’ll make It Through says all that we have been feeling:

Holding me, and I’m holding you

And together, we’ll get through

This is a song and this is an album to help us through these strange 2020 days. It’ll be on my playlist for a long time.