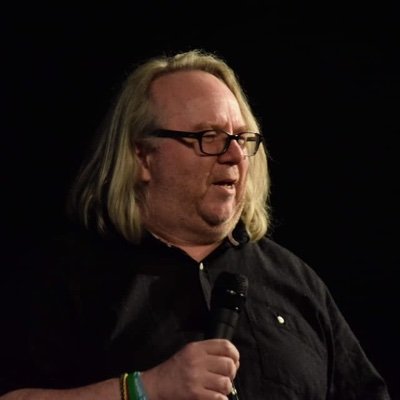 (This was my Belfast Telegraph column published on May 23, 2020. It is based on a blog already published. I want to thank Malcolm Guite for the permission to use his poem. This is the poem I was referring to in my Ascension sermon in Fitzroy on May 24, 2020)

This past Thursday was Ascension Day. My friend Dani tells me that in Germany they have a school holiday. Growing up Presbyterian I hardly ever heard of it.

Yet, Jesus’ Ascension is of vital theological importance. For me it sits alongside his birth, his death and his resurrection in its significance. In Luke chapter 9 when Jesus sets his eyes on the culmination of his ministry Luke doesn’t suggest that that is not his cross or resurrection but - “As the time approached for him to be taken up to heaven, Jesus resolutely set out for Jerusalem”.

When Paul was writing to the Church in Ephesus he explained the implications of the Ascension.  “That power is the same as the mighty strength he exerted when he raised Christ from the dead and seated him at his right hand in the heavenly realms, far above all rule and authority, power and dominion, and every name that is invoked, not only in the present age but also in the one to come. And God placed all things under his feet and appointed him to be head over everything for the church, which is his body, the fullness of him who fills everything in every way.”

When I preach on the ascension I often use a poem written by Anglican priest, poet and songwriter Malcolm Guite. His Ascension Day Sonnet is stunning in both theological insight and literary flair.

Malcolm begins with the experience of the disciples as Luke records them in Luke 24 and Acts 1:

Malcolm then opens up the eternal meaning of that event:

As earth became a part of Heaven’s story
And heaven opened to his human face.

Here is the Cosmic zig zag. In the nativity God becomes human. In the ascension, God as a human, flesh on, returns to heaven.

We saw him go and yet we were not parted
He took us with him to the heart of things
The heart that broke for all the broken-hearted
Is whole and Heaven-centred now, and sings,

Jesus spoke to the disciples about the oneness between them as he and his Father were one. Mysteriously he brings us with him and rules over the cosmos for the Church.

I so love the thought that Jesus took us “into the heart of things.” The idea of humans on the pulse of the government of the universe. Wow. What Jesus sings is where we find solace in these challenging days we are living through.

Sings in the strength that rises out of weakness,
Sings through the clouds that veil him from our sight,

This is very good news when you are struggling through a pandemic and find yourself in lock down and isolation. This cosmic rule of Christ is how we find resilience, hope and imagination... the power to live the faith and redeem the world.

The ascension means that Jesus is now ruler of the Cosmos. This a wonderful belief to hold in our current disorientation. In the seeming uncertainty of where the delicate steps out of lock down, we have a God who came to us, redeemed us and now stands strong for us at the very heart of all things. It is worth believing. It is worth celebrating. To finish Malcolm’s Sonnet:

Sings in the strength that rises out of weakness,
Sings through the clouds that veil him from our sight,
Whilst we our selves become his clouds of witness
And sing the waning darkness into light,
His light in us, and ours in him concealed,
Which all creation waits to see revealed.

Ascension Day Sonnet is available in Malcolm Guite’s book Sounding the Seasons and is published by Canterbury Press.