HOW IS CORONAVIRUS IN INDIA? - Interview With Heather Lowry 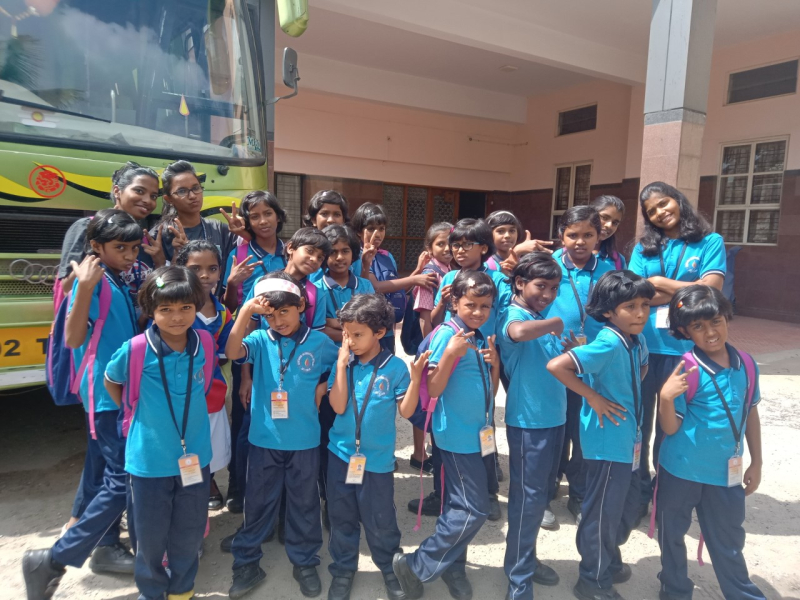 On one of our recent evening walks we bumped into Heather Lowry, collecting a gift package. I was surprised as I thought Heather was in India but should have realised that Coronavirus changes such things.

I was fascinated by her story of how lock down was happening in India and she was kind enough to answer a few questions so that you can find another angle on this pandemic. I find that seeing other perspectives can help us unpack these strange things that are happening to us.

So Heather, what were you doing in India and where?

Hi Steve, how nice to bump into you last night! I’ve been in India since December 2017. I have been working in a Children's Home run by an NGO called Reaching Hand. In June 2018 we opened a school on the campus and I’ve been involved in setting that up and then teaching English. In the home I have some responsibilities for studies, especially with the older children, and building relationships with the 70 children that live there. I live on campus, a huge piece of land about 30 minutes outside of Bangalore. It’s near the airport if anyone knows Bangalore.

When did you first notice Coronavirus?

I personally heard about it in the New Year. I was here briefly in January and the news was beginning to reflect the virus. In India nothing really, but not having a tv or newspaper I was getting news on my phone which quite often was fake news. We used to spend evenings try8ng to work out if it was true or not by reading different sources.

When did you realise that it would impact on you?

The schools in Karnataka were told to close. This was a jolt for us, as our term was coming to an end and all the students were preparing for exams ( especially 10th and 12th board exams) and they were suddenly told there would be no exams. We wrote the exams for the junior classes anyway, knowing they would probably never get to sit them. I continued to run study hours for the bigger children to complete their courses. My project this year was a fabulous playground, funded by NI money raised at Christmas. Of course this was stalled right away.

Tell us how it has impacted the area where you were living?

Our school caters for three children’s homes, so we immediately stopped the other two sets of children from entering our compound. We asked the girls from the village who worked in the home to stop coming and we applied for a pass to allow our vehicle to go out for supplies and in emergencies.

We have a farm and although we were going to be ok for a while we know that there is a great shortage of food. We also knew that we had a limited amount of water in our bore hole as temperatures started to hit the mid 30s. Many people in the villages have their water delivered and that was stopped, making them boil dirty water to drink. There has been some great unexpected rains , so our bore hole is good for now.

When people don’t work, they don’t get paid, when they don’t get paid they don’t eat. The shops started to hike their prices, those that stayed open. The people who normally give to the home were more reluctant to given though we did receive some gifts of food from locals.

We were carrying on pretty much as usual as we hit April. School holidays are April and May so we fell into a summer holiday schedule in the home. We did not practice social distancing as we are one big 85 piece family.

What about your own work, how did it impact that?

I moved to education in the home. Every child became an avid reader and during the lockdown I taught most of the girls how to play chess. There was much ludo, monopoly and carrom played. The children still had outdoor play every day and followed a nice schedule. Some of the home graduates had come to live with us to be safe when their accommodation had closed down. I did some keyboard teaching and spent time with some students with learning difficulties. The boys started writing book reviews for me and the graduate who hadn’t finished her education was given essays to write. I wrote the same essay and then we traded.

My day off had been Saturday when I went swimming, met some friends and spent the day off campus. Now I was on campus 24/7. This was difficult.

You have come home? Why did you make that decision? I hear it was quite a story getting out. Can you share that?

Yes, I came home on 20th April. It was a tough decision as the state of the UK looked bleak. Everyone in India saying ‘stay’ especially the children, everyone in the UK saying ‘leave’. I normally come home for the summer holidays. I had a flight on 2nd April, cancelled. I had a flight on 14th April, moved to 15th April then moved to September. Another flight booked for 2nd May. I was in touch with the Irish and British consulates, signing up for the emails that would keep me in touch with what was actually going on.

The Irish government were repatriating out of holiday resorts and asked that I get to Goa. It’s a lot of hours in the car. That wasn’t going to happen. Then a flight , British repatriation leaving Chennai through Bangalore. I applied to be on it. They confirm 24-12 hours before you fly. Even though we are close to the airport I was not to go there. A tense waiting time. I looked at my emails every hour , then realised my confirmation had come at 3.30am as a message. The driver who was picking me up had a conversation with the member of staff who would take me to the ‘main road’ and I’d be picked up there.

Kempegowda airport has never been quieter. We queued outside, had our temperatures taken, filled in forms , donned our masks and then waited. At the other end, Heathrow, I was aware, was the destination, and so I then looked up a Belfast flight. No flights on a Tuesday. I booked for Dublin, a friend booked the bus to Belfast and I was sorted. No one wanted to pick me up at Glengall Street, understandably so I took a taxi, fired with a Perspex screen and arrived at my destination. I had been wearing a mask now for 29 hours and had something like lock jaw. This took days to dissipate.

How do you feel when you think of your friends and work there?

I know the campus goes on as usual and they really are the exception. Everyone stays indoors, policed forcibly in most areas. Some people can work from home but they’re looking after their children all day too. One friend in Pune has had great difficulty getting food and even found himself in a food riot.

I worry that my friends will not have food or water to get them to the end of the ever extending lockdown, I am concerned that the corporates that used to support us will no longer do this. The staff will be paid this month, but what about next month?

Children are very resilient and they will miss me, but believe that I will return. A TV was put into the study rooms that they can see the news once a day and see that this is real and understand better. Most days I just want to be there.

Do you hope to get back there?

I do hope to get back. My visa is good until December.

When would that happen and what would your work be like immediately on your return?

That’s the million dollar question, isn’t it? Who can say what tomorrow brings? I guess I’ll watch the world stage and see when commercial flights make it viable. I would need to rent accommodation outside for at least 14 days so that I can self isolate. Will school start in June? I’m going to say no. I have flights in vouchers and maybe one of those will take me back before 2020 is up. I just don’t know.

What will you do here in the meantime?

This is usually my R&R so I’ll be taking it fairly easy. I’m reading and doing a 1000 piece jigsaw of sea and sky  (thanks for that Sandra). I hope to write cards and letters to my supporters. I hope to do some craft. I’ve had virtual chats and virtual meetings and the odd person has come to my doorstep bearing gifts or essentials. I’ll soon get out to walk. I’ve only a few more days of isolation to go. I’ll catch up with people.

Is there any way we can help the work you left?

I think that praying people can pray, for safety from the Coronavirus, that the staff will have the resilience under the pressure. Niki, the home coordinator and wonderful friend to the children, is stuck in Spain since end of February. I’m here and pretty much out of touch.

The staff pay is an issue and if anyone did want to make a donation I have a project account set up just for the home and school.

On my last trip home I met with a ‘knit and natter’ group in Poleglass who sent teddy bears to the children, so if you are knitting aimlessly I can carry anything back when I go.

if you would like ti support Heather's work in India then you can donate here: