WHAT IS RICKY ROSS DOING THROUGH CORONAVIRUS TIMES? 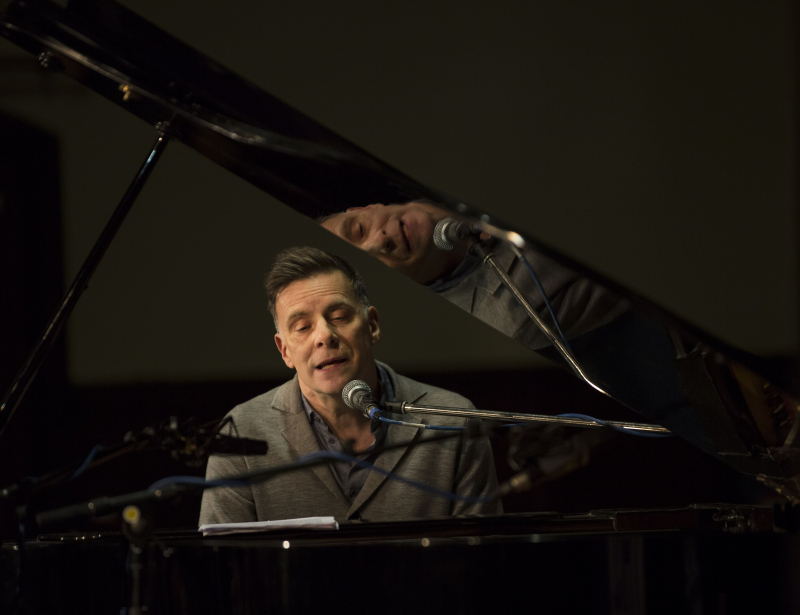 Deacon Blue's new album City Of Love was just out and the band were promoting it all over BBC Radio when Coronavirus struck. The album's beauty and spiritual core is a consoling soundtrack for all our lock down times. Everyone needs all that remains to be a City of Love. There's even a song called In Our Room!

Ricky Ross kindly shared with me how his plans have changed and suggests how everything has changed.

What were you working on before the lock down?

We were both very busy promoting our new record. It was very busy with radio and TV going on. The album came out, charted - very high which was a great surprise  - then everything stopped. We were meant to be going on holiday to see my daughter in San Francisco - but again, that all got stopped.

At what stage did you start thinking about how it would impinge on your work?

We had shows in June and August lined up, but fortunately the main touring isn’t until later this year. However we are still unsure whether that might be affected.

What are the way that this all impacts your life as well as work?

It affects everything really. My mother has been in hospital and is very vulnerable - so she needs a lot of support- and we are concerned about how this will all affect her.

Work wise it doesn’t hugely change what I was planning to do over the next few months. I’m able to carry on with my Country Music show on the radio and am starting a series of five shows for BBC Radio 2 this weekend which broadcast from Glasgow… so all reasonably straight forward. I was also committed to a writing project which is essentially quite singular, so can carry on with all of that despite the lock down.

However, there is a much bigger answer to that question. The very nature of what we are experiencing changes everything. It changes what we thought was desirable and what we deemed as necessary. It changes our expectations of life and the degrees in which we find satisfaction. It’s is in these areas that I am finding this as interesting as I am challenging.

Do we simply return to where we left off? What have we learned? What don’t we need? How much more connected are we than we once realised. Isolation isn’t really an option any more. The world is a small fragile place which needs love and attention…perhaps that’s where our focus should be next?

What ways are you using the down time?

I’m reading more. Watching films rather than TV. I’ve been ill for a good part of the time so I’m not sure yet if I’ll get bored as I’m struggling to keep up. I also spend a good part of most days looking after my elderly mother. So down time is limited. But I reflect, pray, think more.

That remains to be seen! But I think all periods of life can be creative. Usually the worst thing for me is having weeks of time in which something needs written. It never gets done. So I think I will be creative as there are three strands/projects I will be writing for. Perhaps one might get somewhere!

What can we all do to help?

I’ve volunteered with Scotlands’ Red Cross scheme. I think that’s a good way to start. My family are all trying to look out for vulnerable neighbours and friends.  There are many ways to help I’m sure.

What plans have you for when we get out of this? New record?

I hope to get out of this and get together with my band to learn up songs for the tour. Being in one room together will be a joy! Beyond that I can’t think.

Give us three albums that influenced you that we should all investigate as we wait the Coronavirus to pass?

I shall refer you to my twitter feed where I post out an album of the day during the crisis. I’m at E as we speak and have just suggested The Electric Soft Parade’s ‘Idiots.’  Start there.

I don’t think so. There are two ways in which we could all react to this. I think it’s safe to say that, until now, my overall impression is an increased sense of neighbourhood, community and a will to eliminate the negative. Oh there’s an album you might need…..The Hold Steady’s Stay Positive.