HOW IS CHRIS WILSON GETTING THROUGH CORONAVIRUS TIMES? 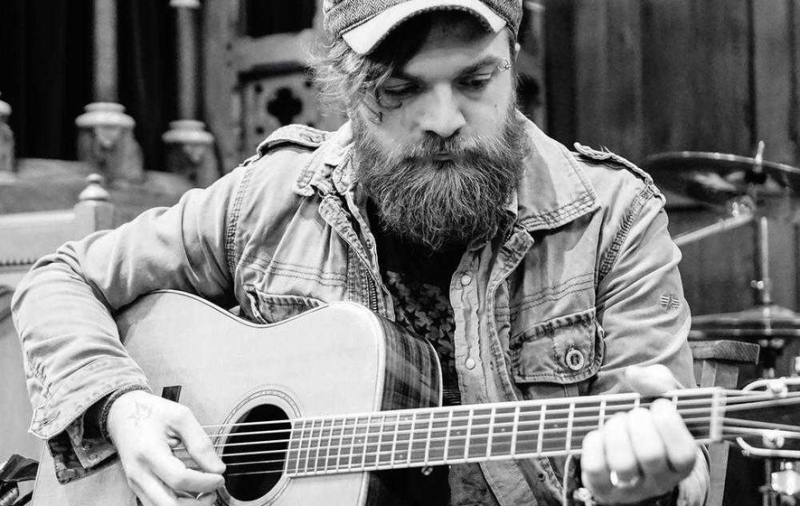 Songwriter Chris Wilson lived in Belfast for a few years before returning to Indianapolis where he has released his second EP Downfall. I asked him how he was coping with these strange Coronavirus Times.

What were you working on before the lock down?

Prior to the lockdown I was writing and preparing for upcoming Spring shows. Finalizing details for a spring tour from Nashville, Indy and Chicago.

At what stage did you start thinking about how it would impinge on your work?

I began seeing dates get canceled early March. At that point it was just a case to case basis and venues/artists were trying to hold on to as many as they could. By mid-March it became apparent that we were going to lose (at least) a month or two of shows. Obviously, now we know this has a much longer impact than originally anticipated.

What are the way that this all impacts your life as well as work?

Certainly the loss of shows impacts me financially. It’s also caused most venues to stop booking for the foreseeable future. Luckily for me, writing is also part of my daily routine and income and that is something I am able to keep up. However, licensing in film/tv has been difficult as most production of new projects has put on hold.

What ways are you using the down time?

I tend to think artists thrive in strange and unpredictable seasons. We’re hard-wired for times that upend traditional, normal routines. I personally have been writing and recording heavily in this season. There is certainly a lot of anxiety, but learning to channel that into creative output helps me greatly.

Folks that are fans of music and the arts can engage with their favorite creators through live-streams and “virtual tip jars”. It’s a perfect time to invest in merchandise or join Patreon partnerships. I also think from a mental health perspective you can check in on those artists and creators and simply ask them how they can best be supported in this time. I personally find that productivity, creation and finding routine helps my overall mood and mental health tremendously.

I have a batch of new tunes that I’ve been working to finalize recording and deciding how I want to put them out into the world. I’ve embraced this “digital relationship” time sending files back and forth between other artists. Others have performed, given feedback and helped mix songs ultimately making them better than I am able to do in isolation. I hope this type of collaboration continues well beyond this season of lockdown!

What do you think might come out of this time?

I have to remain hopeful during this time and believe some of the greatest art of our time will come from all of this. Artists (especially “local” artists) perform a lot, travel and are constantly having to “hustle”. This season forces us to slow down, focus and invest in writing, making and creating. Just as so many are journaling, musicians are creating time capsules that will help us remember these times and hopefully remind us to stop sometimes, slow down, reflect and pour that into our art.

I’m eagerly anticipating Jason Isbell and the 400 Unit’s new record (3 singles have been released so far). I’ve been going back through Better Oblivion Community Center’s Record as well.

Posted at 12:55 AM in CORONAVIRUS TIMES, INTERVIEWS | Permalink | Comments (0)