WOMEN... AND THE FREEING POWER OF JESUS 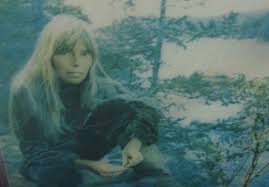 I'm looking for affection and respect

And you want stimulation-nothing more

That's what I think

But you know I'll try to be there for you

When your spirits start to sink

I confess and seek forgiveness that Joni Mitchell’s song A Woman Of Heart and Mind cut almost as deep as Scripture into my male soul. I saw (and maybe still see) too much of myself in the judgement of her song.

It is a powerful piece that takes no prisoners in a society where woman have become objects, often to be abused in in male attitudes as much as actions. I love it as a song but never ever listen to it without being cut in two. It slices me open like no other song I have ever heard.

First-century Israel was not an easy place for women. Culturally, socially, religiously – all spheres of life were pretty hostile to the female sex. They were seen as less than men in almost every way – education was unavailable, they were unable to provide witness or testimony in court because their word was not considered trustworthy or useful, they were discouraged from public gatherings where they would have to interact with men who weren’t immediate family.

Into such a culture Jesus’ revolutionary ways overturns the societal norms.

7 When a Samaritan woman came to draw water, Jesus said to her, “Will you give me a drink?” 8 (His disciples had gone into the town to buy food.)

I could have used various Scriptures to go with Joni Mitchell’s words. Jesus’ many interactions with women in the Gospels rips cultural norms apart. He gives women back respect and dignity. He humanises them. In this incident with the Samaritan woman he rips a few cultural norms - religious, racial and political - as well as gender.

This scene is beautifully written by John. Jesus posture throughout is astonishing. Asking a woman for a drink. Engaging with her in religious conversation. Jesus changes the place of women in his society and prophetically challenges us in our attitude towards women today.

Sadly almost 2000 years later and Joni Mitchell is writing A Woman Of Heart And Mind and suggesting that we still treat women in a pre Jesus way. The Church has not been good at following Jesus in our treatment of women. We might rightfully be seen as the reason for their continued oppression rather than being the freeing power of Jesus.

Let us search our hearts and minds during Lent as to how we relate to the women around us and across our society. Let us like Jesus, break the societal norms. As she sings: -

All this talk about holiness now

It must be the start of the latest style

Is it all books and words

Or do you really feel it?

Do you really laugh?

Do you really care?

Do you really smile

You criticize and you flatter

You imitate the best

And the rest you memorize

You know the times you impress me most

Are the times when you don't try

When you don't even try