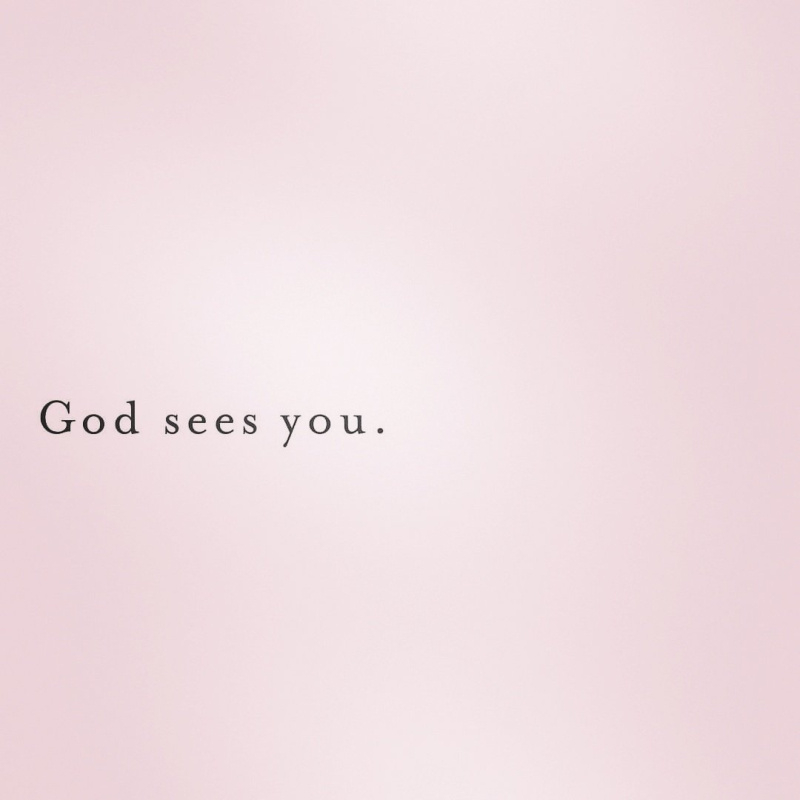 Hagar was the focus of a sermon Rev Lesley- Ann Wilson preached in Fitzroy on International Women’s Day. Having just returned from a trip to the Wilderness in the Holy Land Lesley had some rich concert for the sermon.

I was very drawn to the story. It resonated with me as the Biblical outworking of a Martyn Joseph song and a great truth that all of us can take into our lives.

Hagar was like an invisible woman. A slave to begin with she is then given by Sarah to Abram to give them a child. Sarah then became jealous of her and mistreated her. She heads out into the dessert to escape.

Then this invisible woman becomes the first person in Scripture to be visited by an angel. After God blessed Hagar the text tells us:

13 She gave this name to the Lord who spoke to her: “You are the God who sees me,” for she said, “I have now seen[c] the One who sees me.” 14 That is why the well was called Beer Lahai Roi[d]; it is still there, between Kadesh and Bered.

I love this. God sees Hagar. She knows it and calls God, “the God who sees me” and the well “The well of the one who sees me”.

In a life that seemed invisible, where nobody cared and everyone seemed to be abusing her she is seen by God. Wow!

I was immediately drawn to on elf my favourite Martyn Joseph songs, I See You.

From his first Sony album Being There released in 1992 Martyn himself described the song at the time:

“A simple statement of my personal belief, that no one will, or does, get any eternally with anything.”

That fascinates me. Martyn’s focus in writing seems to have been those who carried out evil acts. God sees them. They won’t get away with it.

To know that God sees us will change our sense of self worth and hope. Whatever we are struggling through. Whatever is going against us. God sees us as he did Hagar. Wow. I’ll take that encouragement:

“I see the playgrounds with drugs

Children’s cloths in the mud

I see you, nothing escapes my attention”

PLAY MARTYN JOSEPH’S I SEE YOU and let the fact that God sees you wash over your soul...