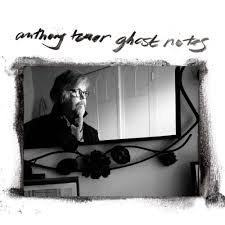 At a recent 4 Corners Festival event I was thrilled to be in the room for an Anthony Toner soundcheck. I am ever the fan and hearing the soundcheck is a fan’s dream.

Anthony sang Paul McCartney’s My Love and that Toner voice gave the song a majesty. It was beautiful. I was entranced.

When I heard, a few weeks later, that Anthony was releasing a covers record I imagined that My Love would be on there. Well, no My Love. However, the simple beauty of the cover is right here.

This is perhaps the least produced of all of Anthony Toner’s records and that might be its secret. The uncluttered arrangements are what allows the essence of the song to be lifted out of its more familiar layering.

Van Morrison’s She Gives Me Religion becomes even more spiritual. The Pretenders’ Back On The Chain gang is a revelation to me. The lyrics get to breathe. It has a simpler twist of fate. Young Hearts Run Free gets a weight and credibility that I could never even have imagined listening to Candi Staton’s version back in 1976.

The variety of genres at work here is impressive. From Van and Neil Young to disco to pop to Jim Reeves. 1949’s Scarlet Ribbons into Rickie Lee Jones On Saturday Afternoon in 1963 and Elvis’s Don’t. I mean who could set those songs alongside each other and give them a unity. Toner makes them his own.

Lyrically in these Coronavirus days it is not Morrison or Young or Earle that gives the prophetic lyric. Listen to the aforementioned Scarlet Ribbons:

“All our stores were closed and shuttered

All the streets were dark and bare

In our town, no scarlet ribbons

Scarlet ribbons for her hair”.

This is certainly a wee delight for nights locked down in our bizarre new world. A song batch of relaxation with much to stimulate the mind.

Toner has often been lazily called a cross between John Prine and James Taylor. None of those two here or My Love for that matter. Volume 2? Yes please. And hurry up about it.