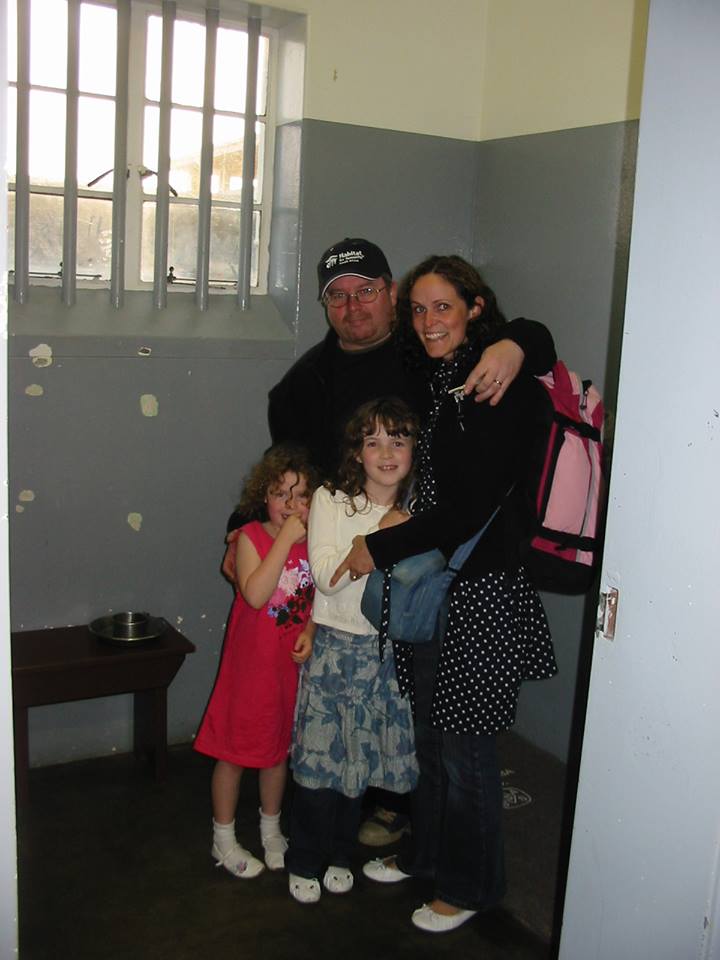 Thirty years ago today Nelson Mandela was released from prison. I remember it so well. I had been going out with Janice for only about six months and had no idea how much South Africa and Robben Island would become part of our lives. Yet, I remember on that day as I watched those last steps of the long walk to freedom that something good had happened to the world. I felt that feeling of justice. I wanted more of it.

Ten years later and I was taking students to Cape Town every other year to help build houses on the Townships. A small way to right those apartheid wrongs. We even got to meet FW De Klerk who released Mandela that day back in 1990.

It is hard to find words to describe how much I loved Nelson Mandela. I had the privilege of visiting Robben Island so many time and even got to get into his cell. Those visits to Robben Island were powerfully poignant, like walking on redeemed ground.

I wrote this after one trip and then when Iona asked to use it in a song I wrote another verse during another visit. I think it sums up all that is almost unbelievable about the man's humility, courage and grace. Jo Hogg sings it so well. Today as we celebrate Mandela's release, I send it out in celebration.

Closed my eyes and thought about what that freedom had cost

I saw the altar of this world’s cruelty
I saw the stadium of the devils goals
I saw a man duck and weave the most evil punches
I saw a factory of magnificent souls.