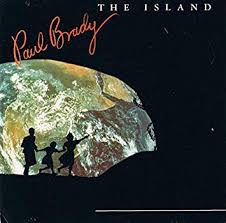 Not once but twice at this year’s 4 Corners Festival we were called to reflect on Paul Brady’s powerful peace anthem, The Island.

Firstly, Jim Deeds placed a raw unrehearsed version when Tommy Sands had got the date wrong and was on his way to Sydenham Methodist during the actual gig. In the shadow of the Cranes the line “Whitewashing slogans on the shipyard walls” was never so perfectly placed. Jim opened a window on the soul.

Exactly a week later Ken Haddock was at it again. In Fitzroy not too far from the Belfast Markets area this time it was “They’re raising banners over by the markets” that fitted the space. Ken is one of our very best interpreter of songs and in an event entitled Belfast Song Book he brought a more deliberate take. He eked out the sadness, the love and the hopeful poignancy.

Both versions were great contributions to a Festival trying to bring Belfast together. Jim Deeds if from The Falls Road and understands Ken Haddock’s admission, in Fitzroy, that growing up on the Shankill Road he didn’t know anyone from “the other side” until his late teens.

That two singers brought up in two different sides of the city should choose to sing this same song should not be lost on us. Brady was living in Dublin but had been born in Strabane. He was a central figure in the Irish folk scene for almost a decade first with Planxty then with Andy Irvine before turning his hand to mainstream songwriting in 1981. His Irishness was part of his songwriting DNA particularly on the poignant Nothing But The Same Old Story.

Others from that scene tended to lean towards supporting the Republican struggle. Most notably Christy Moore who made a whole record about the H Block Hunger Strikes. Moore at the time ridiculed Brady’s song but later toned down his rhetoric.

Brady saw the criticism coming and dealt with it:

“Now I know us plain folks don't see all the story.
And I know this peace and love's just copping out.
And I guess these young boys dying in the ditches.
Is just what being free is all about.
And how this twisted wreckage down on main street.
Will bring us all together in the end.
And we'll go marching down the road to freedom....
Freedom...”

When Brady released The Island brought this song out during the 80s Northern Ireland was right up to its bloody neck in violence. Murders were common place and hope for peace was a long way off.

The Island is a sad song. A lament, if you like. He does it by doing what Damian Gorman taught us about poetry at another 4 Corners Festival event. Brady takes The Troubles in one hand and a love song in the other and blends them together.

It is as good a song of peace that has ever been written.